You are here: Home / Columns / Great London Art / Top Ten Works of Art to See at the Tate Britain

The Tate Britain is the flagship of the Tate museum group and has been a fixture in British art since it opened in 1897.  Its collection is full of art from throughout the United Kingdom going back to the Tudor era and includes some of the country’s biggest names from J.M.W. Turner to William Blake.  With so many works over such a long span of time, there are plenty of fantastic paintings to see.  We’ve outlined ten of our favorites below and you can let us know your own favorite Tate works or British paintings in the comments. 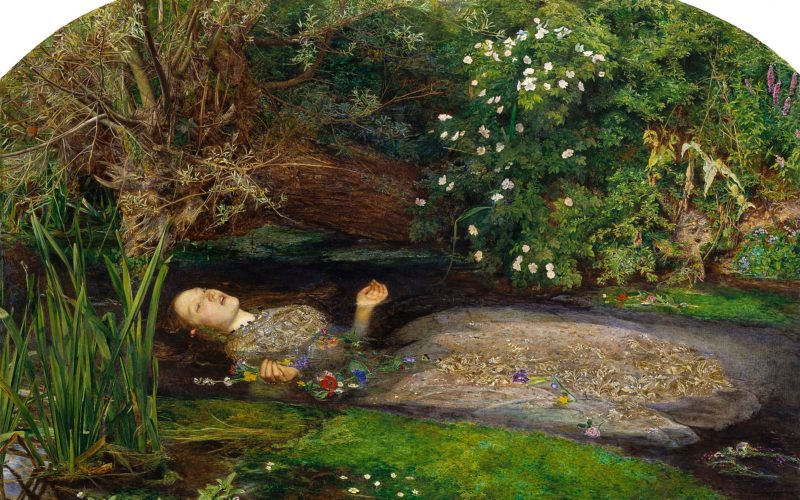 Shakespeare fans or high school students that have studied Hamlet will probably recognize this work by John Everett Millais.  Millais, along with many Victorian painters, tended to illustrate many scenes from Shakespeare and this one, depicting Ophelia’s suicide, is one of his most popular works.  A statue of Millais can also be found on the museum grounds. 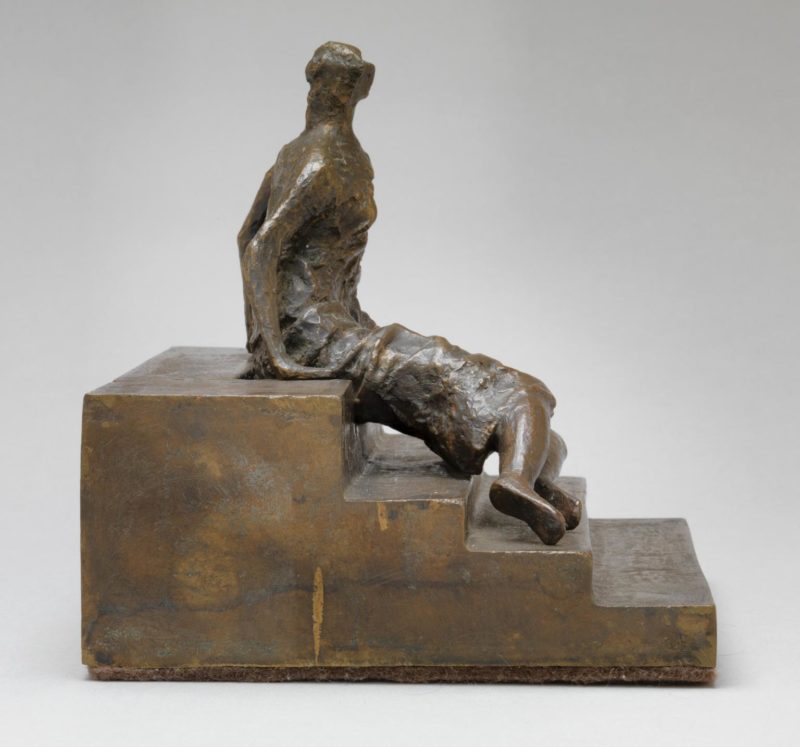 The only statue featured on this list, Henry Moore’s Maquette for Figure on Steps is a great example of the artist’s work and his fascination with drapery.  A fan of classical Greek sculpture, Moore felt drapery added expression and made a subject more sculptural. 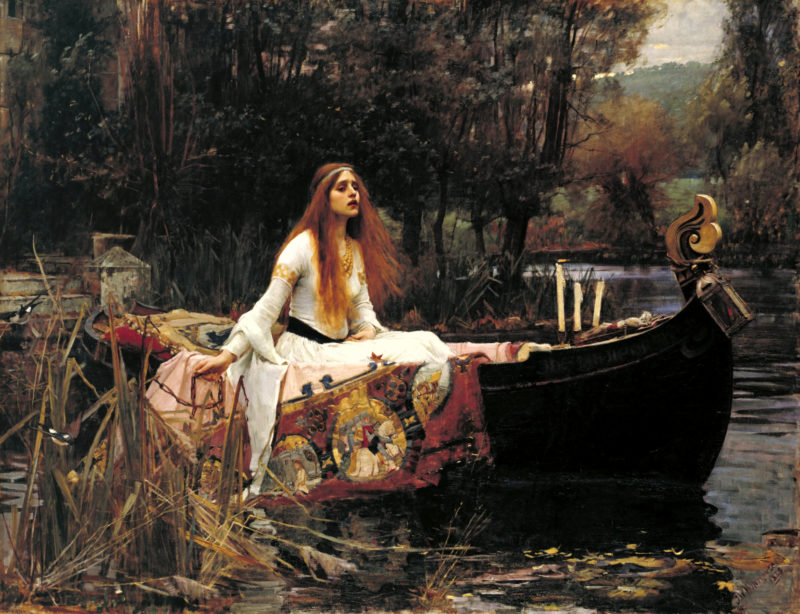 Undoubtedly you have likely seen this work gracing the cover of many an English literature textbook, primarily because it is a representation of Alfred, Lord Tennyson’s poem of the same name.  It is a tragic story of a woman who cannot witness reality except through a mirror, but her subsequent gaze on Sir Lancelot has her leave her tower in a boat to Camelot, tragically dying before she reaches the kingdom.  Waterhouse depicts the beginning of her journey, the clear longing on her face and the dullness of the color representing the tragedy of her ill-fated quest. 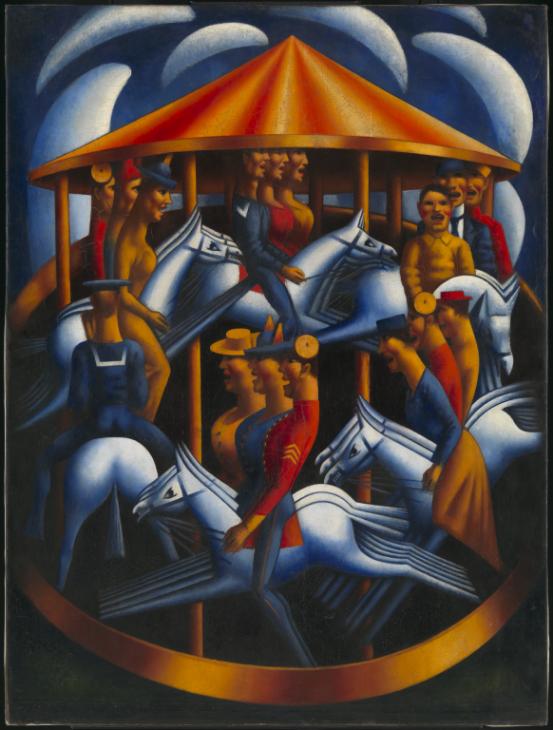 A more modernist piece, Mark Gertler painted this work in 1916 and took inspiration from a nearby fair for wounded soldiers.  While it does depict soldiers, the painting was less a comment on World War I and more about the wholeness of human beings.  Gertler uses a signature geometric style and depicts the figures on horseback like dolls, taking inspiration from the Futurist and Vorticist styles.

Francis Bacon delivers a mixing of religious imagery here by taking three persons at the base of Jesus’s cross and depicting them as the Eumenides, the vengeful goddesses of Greek myth.  The painting is done as a triptych (a work divided into three sections) and is considered by many critics to be Bacon’s first mature work. 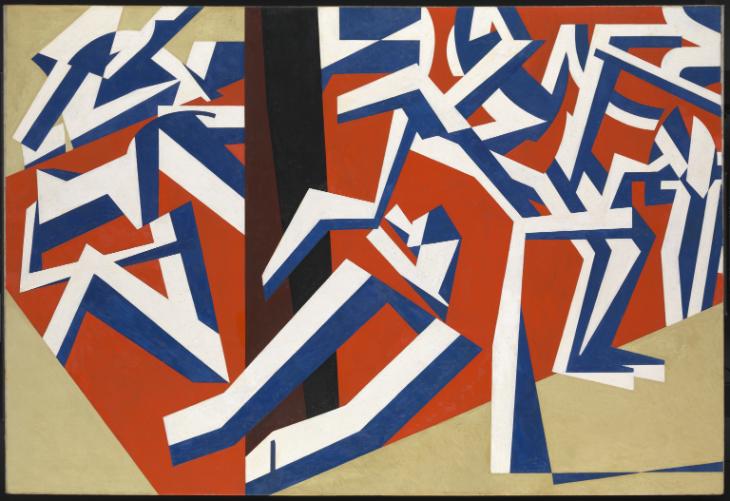 Nude figures bathing was something of a thing for a lot of classical artists, and for this painting, Bomberg turns the concept on its head by depicting his figures using the style of Vorticism.  The painting is considered both one of the best examples of Vorticism as well as the best of Bomberg’s work. 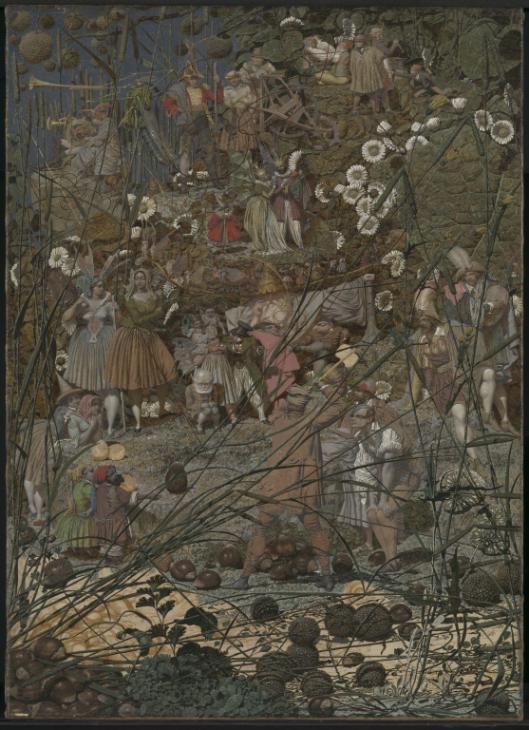 This painting, as with the one before it on this list, is considered a masterwork of the artist, though the difference here is that Dadd’s Fairy-Feller’s Master Stroke is actually unfinished.  Dadd features Oberon and Titania in the top of the painting, but the other figures are largely from his own imagination.  Interestingly enough, it was painted over several years while Dadd was a mental patient at Bethlem Royal Hospital where he was committed after murdering his father. 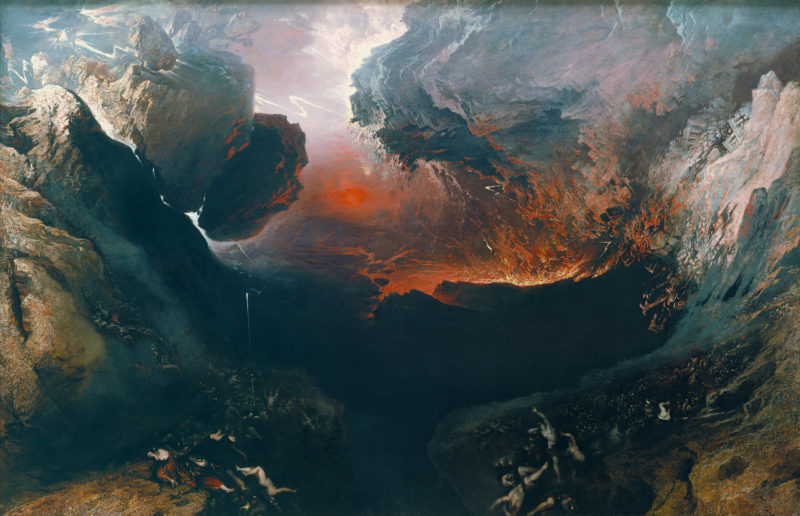 While it is only one-third of Martin’s tryptic, known as the Judgement Series, The Great Day of His Wrath is the painting most often cited as one of his greatest works.  It was inspired by St. John’s depiction of the Last Judgement in the Biblical Book of Revelation.  While depicting the event as John describes, Martin amplifies the destructive feeling with the use of red and transforming the landscape into something actively trying to destroy the figures in the valley. 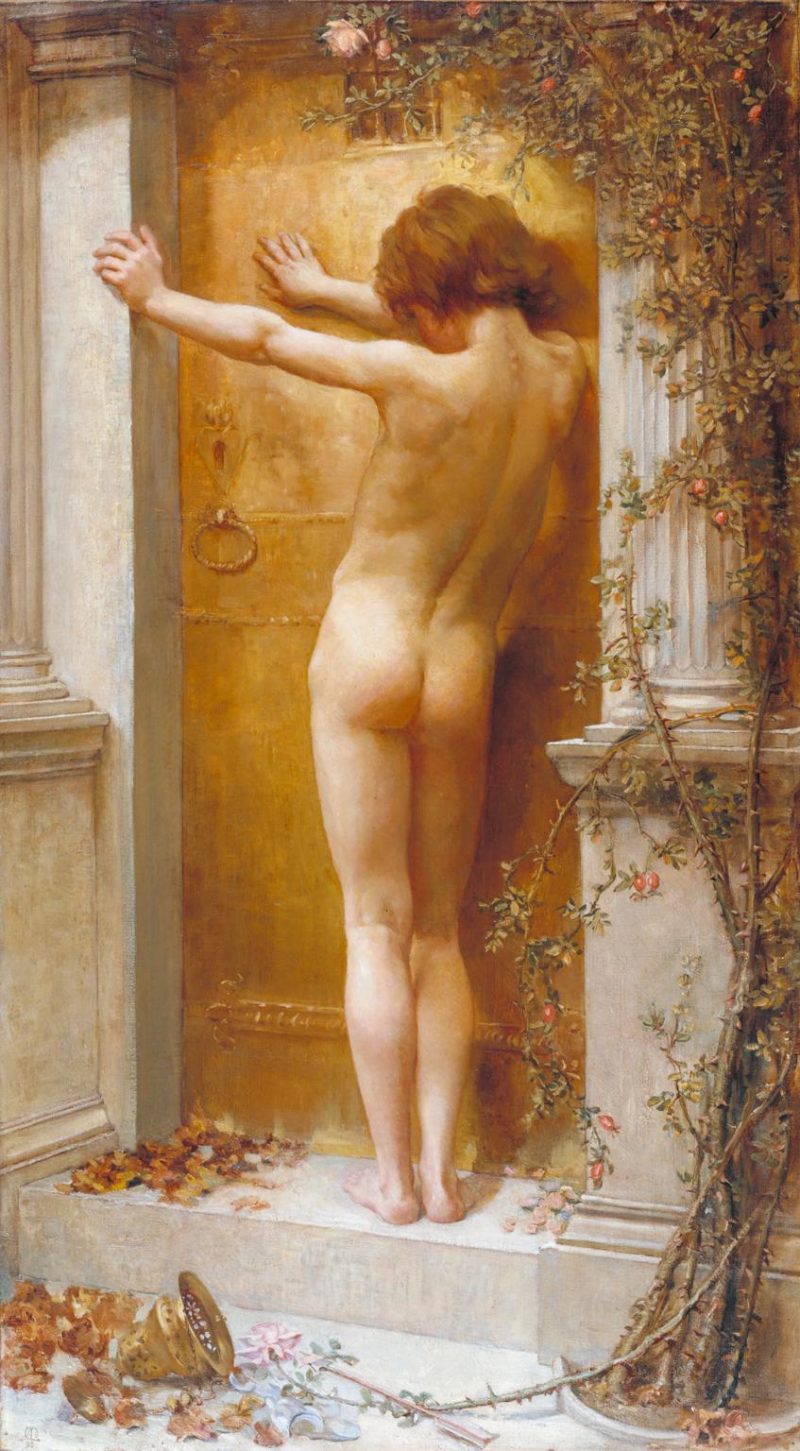 Anna Lea Merritt’s 1890 work displaying Cupid locked outside of a door was the first painting by a woman acquired for the British national collection.  Merritt painted it as a memorial to her late husband, as Cupid stands waiting “for the door of death to open and reunite the lonely pair.”  Merritt departed from the norm of the day by using a male model instead of a female model, though she wasn’t censured as she used a child instead of an adult. 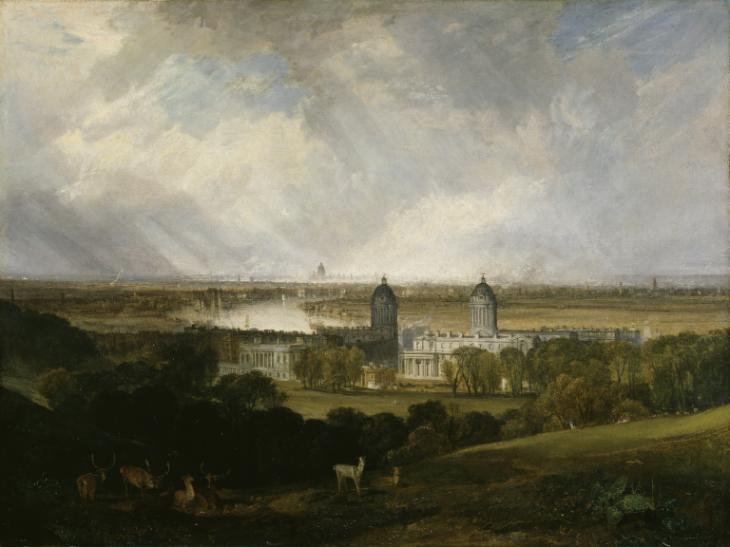 Turner’s collection of works made up some of the earliest pieces for the Tate and his London from Greenwich Park is a great example of a Romantic landscape.  From a perspective on Richmond Hill, Turner showcases many traits of Romantic period paintings from the pastoral animals grazing to the focus on nature even in the midst of the city.