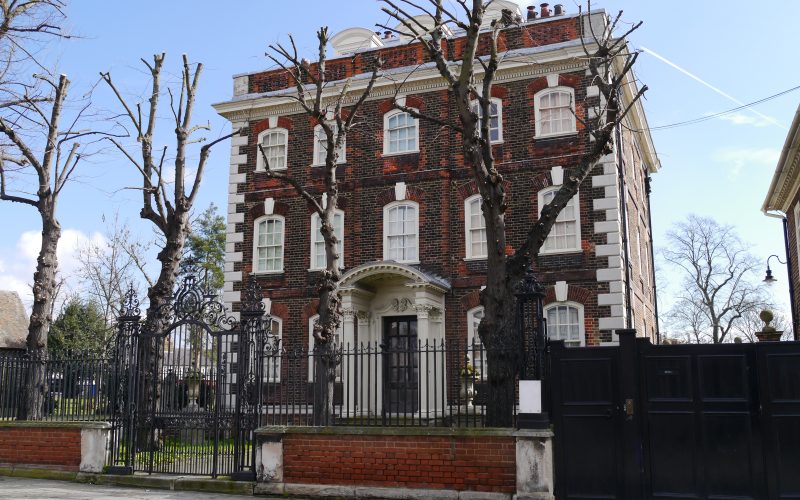 One of the furthest boroughs of Greater London, Havering has one of the lowest population densities in London, partly due to the number of parks, nature reserves, and open spaces in the area.  Havering is an old name for the area that comes from a former royal manor and liberty that existed here until 1892.  The borough was created as part of the London Government Act in 1965 out of the former Hornchurch Urban District and Municipal Borough of Romford.  Romford still serves as the main town in the borough with lots to see, but there are great things to do spread throughout Havering.  We’ve identified our ten favorites below, and you can let us know your own top spots in the comments.

Visiting a windmill may not be your idea of a good time, but this is one is Grade II listed.  The windmill was built for Hunt’s Farm in 1803, and today it’s managed by the Upminster Windmill Preservation Trust, which does tours for individuals and school groups on a regular basis.  From the top of the windmill, it’s possible to see Canary Wharf.

The Romford Market is the place to be on Friday and Saturday, with over 270 stalls selling food, antiques, handmade items, and more.  Romford’s market is one of the oldest in Great London, having been granted its charter by King Henry III in 1247.  It’s worth spending your time perusing the stalls to find that perfect item to snack on or take home.

As mentioned, Havering has a great number of parks and green spaces throughout the borough, and one of the best to see is Havering Country Park.  The park covers an area of 165 acres, making it one of the largest, which means there are plenty of walking trails, plants, and animals to see throughout.  There aren’t many amenities in the park, making it a great place for a quiet stroll.

The thatched barn that is now known as the Upminster Tithe Barn Museum of Nostalgia was constructed in 1450 to serve as a storage building for the nearby priory.  It was converted to an agricultural museum in 1976, but today contains items and exhibits of “all manner of domestic and craft items.”

The Thames Chase Forest is unquestionably the largest greenspace near Havering at 24,320 acres (roughly 38 square miles).  The Chase Forest Center is the first place to visit before you begin exploring the forest’s paths, ponds, and meadows.  The Center offers plenty of activities and events such as concerts, talks, and workshops.

The Queen’s Theater in Hornchurch is the top performance venue in Havering.  It seats 507 and sees a number of concerts, stage performances, and even opportunities to get up close and personal with all manner of animals.  It’s seen a number of great actors on its stage, including Ian McKellan, Maggie Smith, Anthony Carrick, and more, so there’s a good chance that if you pick the right show, you’ll see someone famous.

If you’re really looking for a wildlife experience, Rainham Marshes Nature Reserve is the place you’ll want to visit.  Birds, dragonflies, water voles, and more call the reserve home, and depending on what time of year you go, the inhabitants may change as well.  The Reserve also hosts activities and events on a regular basis, so you’ll want to check out their website to see what’s going on.

The Havering Museum is the best place to learn about the area and its rich history.  Located within the town of Romford, the building was once an Inde Coop Brewery and has exhibits dedicated to each of Havering’s five municipal areas.  The museum also has temporary exhibits, including art showcases, and offers plenty of events throughout the year.

This Grade II listed church is located next to the Romford marketplace and has been the site of a house of worship since 1410.  The current church building was constructed from 1849-1850 and was designed in the Gothic Revival style that was popular during the Victorian period.  The church is an active place of worship, so keep that in mind when planning your visit.

Rainham Hall is the top place to visit in Havering.  It is a Grade II listed structure built in the Queen Anne style and in the care of the National Trust.  The hall was the elegant home of Captain John Harle, who ordered its construction.  In the Trust’s care, it’s a lovely house museum dedicated to the families that lived here and life in the early 19th Century.