You are here: Home / Londonism / Tube: The London Tube Map as a Circuit Board Radio

It’s said the Tube Map designer Harry Beck was inspired by an electrical diagram to simplify the London Underground map. Now, someone has taken the Tube Map and made a circuit board into a beautiful Tube Map that also happens to be a working radio. 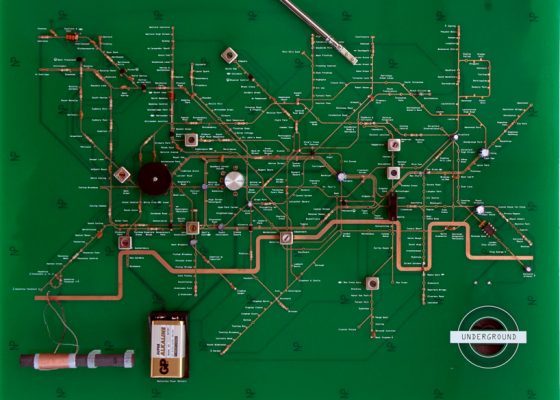 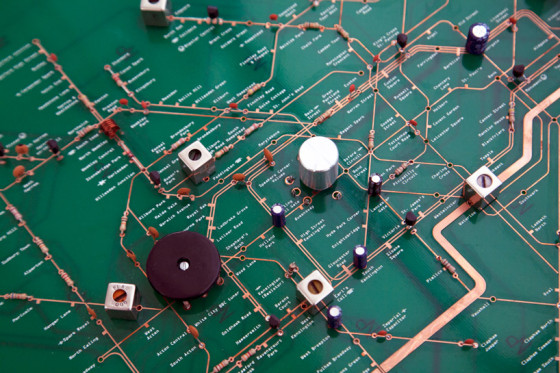 Hat tip to Ian at Going Underground for the discovery!