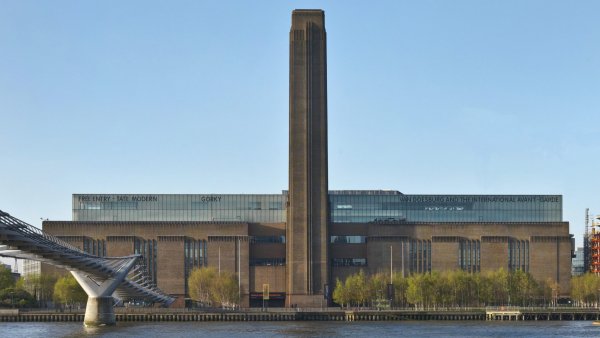 There’s an old line from Monty Python’s Flying Circus that goes, “I don’t know much about art, but I know what I like.”  Modern art may certainly seem strange to a lot of people, due to the fact that it can include just about anything, doesn’t necessarily depict traditional subjects, and can utilise some unusual materials in its creation.  However, it is art nonetheless, and London has a home for these works in the Tate Modern.  Since 2000, this division of the Tate group has been the place for international modern art in the city, housed in what was once the equally modern Bankside Power Station.

Bankside Power Station was designed by Sir Giles Gilbert Scott, who also designed the equally iconic Battersea Power Station, and was built between 1947 and 1963.  Replacing the original power station (also known as “Bankside A”), Bankside continued to produce power for London until it closed in 1981.  From that time until the 90s, there was a major question of what to do with the building.  Several proposals to redevelop it into everything from an industrial museum to a concert hall were shot down while the building remained in possession of the government.  It wasn’t until the privatisation of the energy industry, and transfer to Nuclear Energy work began to redevelop Bankside for a new tenant.

In 1992, Tate Britain was running out of space for all its collections.  To help alleviate this problem, the Tate Trustees announced plans to develop a branch of the museum dedicated solely to modern and contemporary art.  With the threat of wrecking balls looming, the Tate selected Bankside as the location for this museum in 1994.  The site was purchased two years later for £12 million thanks to a grant from the English Partnerships regeneration agency.  The Swiss architecture firm of Herzog and de Meuron were responsible for converting the power station and spent £134 million and four years getting it ready to be an art museum. 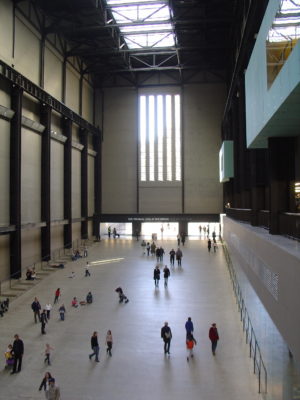 When the Tate Modern was completed in 2000, the interior itself was a work of art.  What had once been the turbine engine hall was now the museum entrance and gathering space.  The display area and boiler house became the museum’s galleries, which stretched five stories up to the new glass roof.  Queen Elizabeth II opened the museum in May, and during the first year, the Tate Modern saw 5.25 million visitors, which was nearly double what the three other Tate galleries combined saw in the same period. 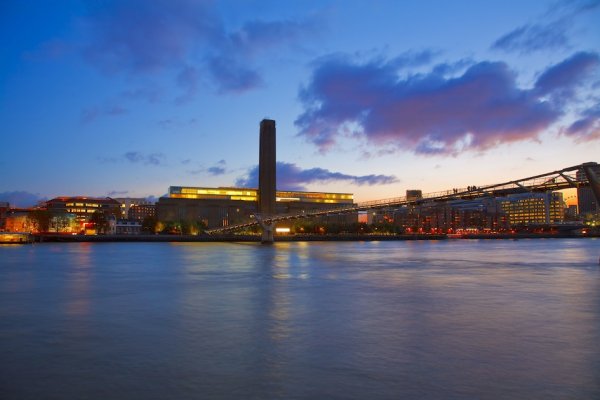 This larger-than-expected turnout continued, and the Tate decided that it was necessary to expand the museum in 2004.  A third of the building was still being used by French company EDF Energy as an electrical substation, but they released this to the museum in 2006.  After raising money for the estimated cost of £215 million, the Tate once again teamed with Herzog, and de Meuron and work began in 2009.  The end result was the transformation of the plant’s underground tanks into more gallery space, including two of the tanks for live performance art, billed as “the world’s first museum galleries permanently dedicated to live art.”  The Switch House was partially demolished and converted into a ten-storey tower with galleries and opened last year.

Aside from the galleries, the Tate Modern hosts an auditorium, shops, a cafe, restaurant, and a community garden.  Tate estimates that 40 million people have come through the modern art museum’s doors since 200 and that it has generated £100 million in annual economic benefits for London.  Galleries are arranged by artistic movements and contain works from 1900 to the present, including works by Lichenstein, Bonnard, Rothko, Matisse, and Picasso, amongst others.  Open seven days a week with extended hours on the weekends; it’s worth the trip for any art fan.