You are here: Home / Culture / Buildings / The Shard – The New Iconic Building Defining the London Skyline 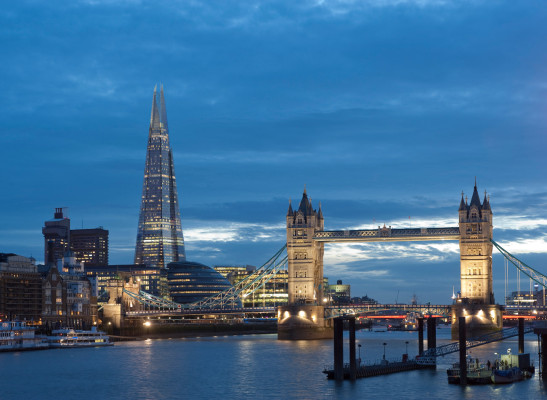 Piercing the London skyline is a building unique to the world. Like its name, it resembled a shard of glass, albeit one reaching over 1,000 feet with 87 floors. The building has a little for everyone, featuring shops, restaurants, offices, a hotel, and flats. On completion in 2012, it became an instant London icon, appearing in everything from The Simpsons to Doctor Who. So what is the story of the Shard, how it came to be, and what it holds?

Entrepreneur Irvine Sellar got his start with clothing stores on Wardour Street and Carnaby Street. By the time he sold his business in 1981, he had expanded to 90 stores across Britain. In 1998, as the government was encouraging the building of skyscrapers at major transport hubs, Sellar and his development corporation, Sellar Property Group, envisioned a tower that was a vertical city, incorporating everything you’d expect to find in a modern high-rise building.

The next step occurred when Sellar acquired Southwark Towers, a twenty-five story building that had been around since 1975. He also reached out to award-winning architect Renzo Piano in 2000, who, despite initial reservations about constructing something so tall, began to sketch a design that would form the basis of the Shard. With the original site purchased and the plans underway, everything seemed to be going smoothly.

However, in 2002, development hit a bit of a snag. While the Southwark Council granted its approval to the development in March 2002, Deputy Prime Minister John Prescott called for a public inquiry after the plans were opposed by the Commission for Architecture and the Built Environment, English Heritage, and the Royal Parks Foundation, amongst others. Objections from these organisations ranged from problems with its design to concerns that its height would block views of St. Paul’s Cathedral. Despite this, in November 2013, Prescott approved the planning consent and development was back under way. Yet when the economy suffered, so did investment, which practically halted. 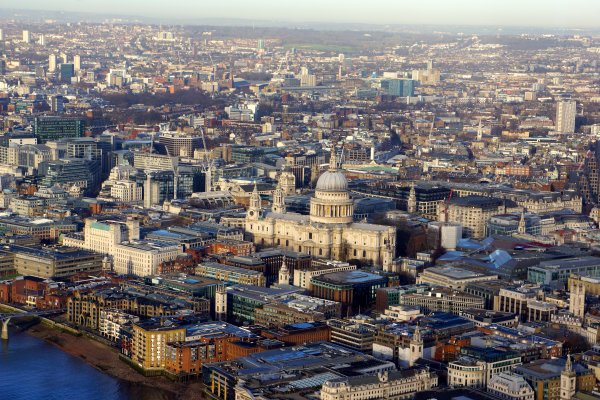 2008 ended up being a banner year for the Shard, though, when the State of Qatar signed on as an investor and demolition began on Southwark Towers. When construction began in 2009, it presented its own set of challenges as builders had to deal with the Thames breaking through the protective dam, sub-zero temperatures, and gale force winds at higher altitudes. At the same time, groundbreaking methods such as top-down construction were used, where the pillars that formed the Shard’s support structure was built into the as the core was built up.

5,400 cubic metres of concrete were poured. It has 11,000 glass panels. It has 44 lifts, but if you’re feeling up for a bit of exercise, there are 306 flights of stairs. Its floors are layered like a cake, with floors 2-28 comprised of offices, 31-33 holding restaurants, 34-52 is the Shang-ri-la Hotel, and the last group of habitable floors from 53-65 represent multi-million pound flats. At the top, the Spire, are unobstructed viewing galleries offering a 360 degree view of London.

Its completion helps mark a unique skyline that includes the Gerkin, the Palace of Westminster, the Cheesegrater, Tower Bridge, 20 Fenchurch Street, and St. Paul’s Cathedral. The Shard is now as much as part of the city as any of these great pieces of architecture, transforming London into a combination of the old and the new, a metropolis that celebrates its past while looking to the future. Where will London go from here? With a building like the Shard stabbing into the clouds, does the sky continue to be the limit? Only time will tell.