You are here: Home / Guides / Top 10 London: Top Ten Things to See and Do in Clerkenwell 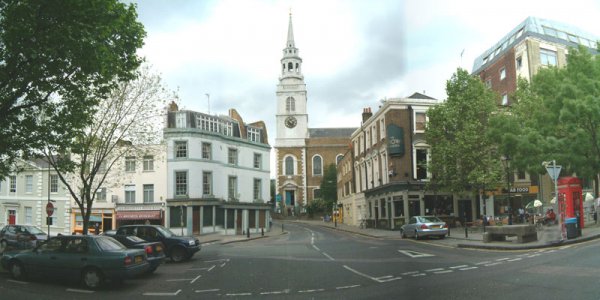 Clerkenwell is one of the oldest parishes in London, having existed since the Middle Ages.  It was here that London’s parish clerks would perform biblical morality plays in a performance venue called a “well.”  This gave the area the name “Clerken (or Clerks) Well.”  It has had a varied history from being home to monastic orders to a high fashion district to hosting several prisons and an industrial neighborhood.  Today, Clerkenwell is just as mixed-use as it has been over the centuries with plenty of exciting places for locals and tourists alike to visit.  We’ve outlined our ten favorites below, but you can let us know your own hot spots in the comments. 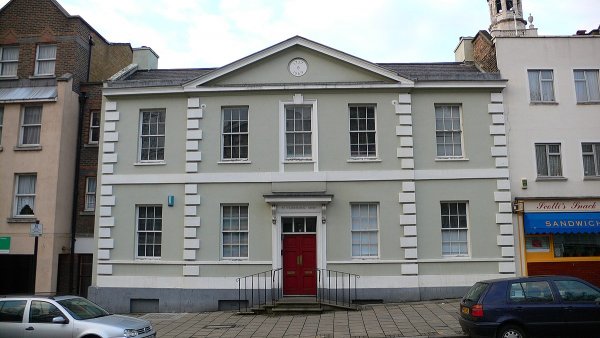 London was once home to one of the world’s most important political and economic philosophers in Karl Marx, and the Marx Memorial Library is dedicated to carrying on Marx’s mission of supporting the working classes and educating about socialism.  The library has a large collection of newspapers, books, and other artifacts from labor groups all over the world and is a great place to learn not only about the history of the movement but also contemporary issues facing lower and middle-class persons. 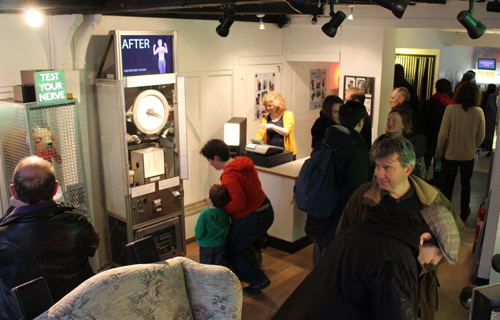 Dedicated to all those coin-operated machines you found at the beach, arcades, and Tesco growing up, the Novelty Automation Museum is one of the largest repositories of fun and funny arcade machines in the world.  From more artistic pieces such as “The Dream” to fun games like “Test Your Nerve” there are well over a dozen of these machines on display along with the history of arcade amusements.  There is no cost to get in; you just have to pay for tokens to operate the automations.

The Postal Museum and Mail Rail 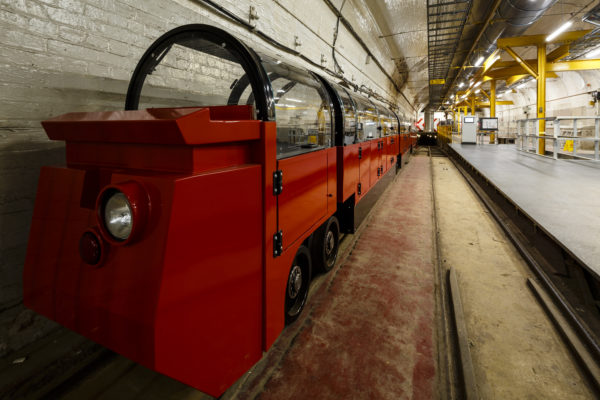 You wouldn’t think a museum dedicated to the mail could be so much fun, but you will definitely be surprised visiting the Postal Museum in London.  The museum shows off the history of the Royal Mail and how it’s been delivering letters and packages to people for centuries and interesting mail from the first Christmas cards to letters lost in shipwrecks.  The real treat of the museum is the chance to ride the Mail Rail, underground tracks that were once used to ship mail all over the city. 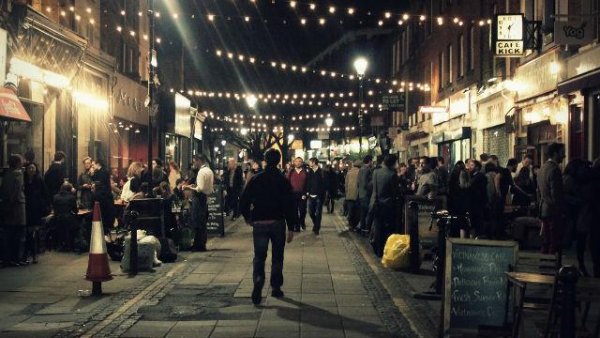 Exmouth Market can be found on a pedestrianized street on Fridays and Saturdays.  Most of the stalls here are food-based, from fantastic street food to the freshest produce and there’s a great mix of national retails and locals alike.  What’s more, there’s also a number of stalls that sell jewelry, antiques, art, and more.  If you can’t make it on the weekend, there are plenty of great restaurants and shops open during the week from leather goods to an Italian butcher’s market. 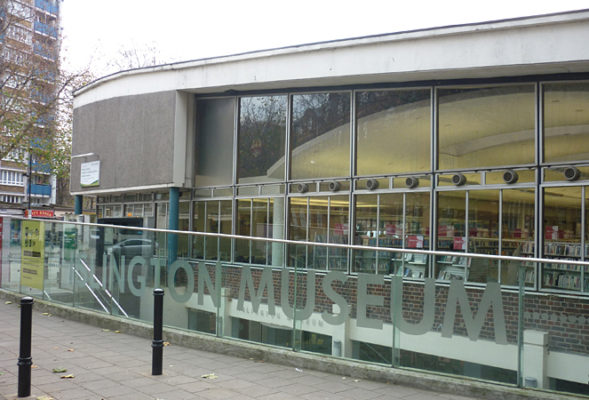 Dedicated to the history of the Borough of Islington, the Islington Museum is sponsored by the local council and is free to enter.  In addition to exhibits and artifacts documenting the borough’s history, there are rotating temporary exhibits that feature everything from anti-apartheid protests to the Arsenal Football Club.  Most of the stories in the exhibits come directly from Islington’s residents, making this a truly personal history of a London neighborhood. 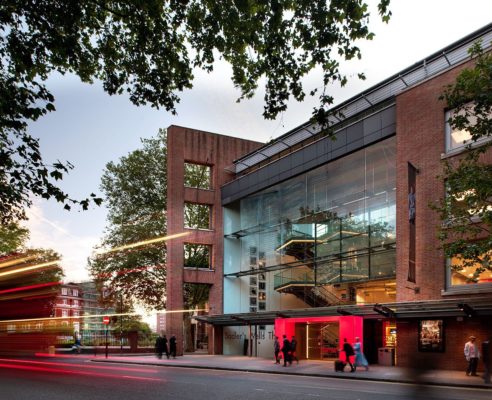 A top performance venue in London, Sadler’s Wells Theater plays host to any number of dance shows throughout the year.  Everything from ballet and tap to step and interpretive dance can be found at this theater which is the sixth of its name dating back to 1683.  Be sure to check the schedule for the latest performances and opportunities to learn about other cultures from Cuba to Taiwan through the medium of dance.

Clerkenwell’s south-west corner has earned the nickname “Little Italy” for the high population of Italian immigrants that settled there beginning in the 19th Century.  St. Peter’s Church there was modeled after the Basilica of San Cristogono and plays host to the Processione della Madonna del Carmine every year.  There are still plenty of Italian-run shops and restaurants in the area along with a still-sizeable population of Italians, which made up 5% of the area residents in 2011 compared to 0.75% for the rest of London.

Located in the former home of the author himself, the Charles Dickens Museum is a testament to the man and his works.  In addition to the exhibits, the museum also offers plenty of opportunities to engage directly with Dickens’s works through dramatic readings as well as walking tours to places relevant both to his life and appearing in his novels.  You’re guaranteed to find out something about Charles Dickens that you didn’t know before when you visit. 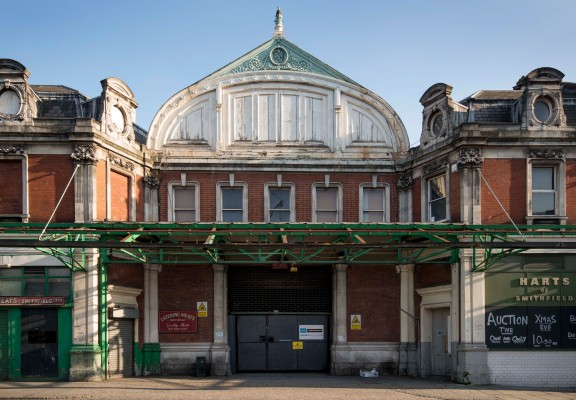 The largest of Clerkenwell’s markets, Smithfield Market is also the largest wholesale meat market not only in the UK but also one of the largest in Europe.  The best time to hit the market is around 7-8 AM in the morning when the majority of the stalls are open, and you’ll find a mixture of restaurants buying their ingredients for the day along with people looking for a good breakfast fry-up.  The local watering holes are frequented by residents and market workers alike.  If you get really lucky, you may arrive in time to see the messy initiation ceremony for new market boys or porters that are soon to be married. The Museum of London is currently in the process of restoring the old bit and will eventually move into the space.

Much like the Islington Museum, the Museum of London is free to enter though it features the history of the entire city from pre-Roman times to the present.  You’ll be able to really plunge into London’s history from interactive exhibits to recreations of the city’s streets from different eras.  Exhibits include everything from the art of photographing London at night to the infamous “Fatberg” that once clogged the city’s sewers.  Be sure to check the schedule to see what temporary exhibits are on before you visit.