You are here: Home / Travel / Attractions / Catalog of Humanity: 10 Interesting Facts and Figures about the British Museum You Probably Didn’t Know 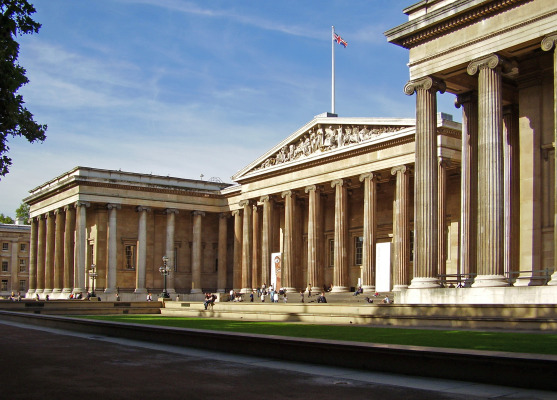 The British Museum is one of the world’s foremost repositories of historical artifacts. Sir Hans Sloane founded it in 1753 and filled it much of his own collection. The first museum opened in 1759 in Montague House, which sat on the current museum’s site. Have a look at some of interesting facts about the museum acquired over its 256 years.

Sir Hans Sloane, physician and scientist, bequeathed his collection to Britain in 1753, which included 71,000 books, antiquities, and national specimens. While well-known for treating Queen Anne and Kings George I and George II, as well as promoting smallpox inoculation, he is perhaps best known for inventing chocolate milk (in addition to founding the museum, of course).

The British Museum collection today contains over 8 million objects. Only 1%, or 80,000 of these objects are on display at any given time in 194 designated store rooms. 50.8% of the collection not on display is stored on the Bloomsbury site, and this number does not include the galleries.

Between 1799 and 1810, when the Ottoman Empire controlled the city of Athens, Greece, Lord Elgin acquired a series of stone statues and other objects from the Parthenon. At the time, the Ottomans would often use the Parthenon for target practice, so Elgin believed he was saving the artifacts by acquiring them. Known as the Parthenon Marbles or the Elgin Marbles, they have been the subject of controversy as the Greek Government has made regular requests to have them returned.

In 2005, British street artist Banksy actually fooled museum staff into displaying a supposed cave painting of an early human pushing a shopping cart. Entitled “Early Man Goes to Market”, Bansky’s piece was displayed in the gallery for Roman Britain artefacts. It was only up for a couple of days before the museum caught on and removed it.

The British Museum contains several great artefacts from the days of the Pharaohs. Amongst these are the Egyptian Book of the Dead, a statue of Pharaoh Amenhotep III, and several mummified cats. Perhaps the most important piece is the Rosetta Stone, the artefact that helped Egyptologists decipher hieroglyphics and learn more about the ancient culture.

The British Museum lends its collection out as much as possible “the increase public awareness and collaboration with collections and colleagues around the world”. 3,823 items in the collection have been lent every year; 1,982 are lent to UK displays and 1,841 are lent to overseas museums.

In 2004, a thief was believed to have walked out of the museum with earrings, fingernail guards, and other pieces of jewelry which dated back to 700 A.D. A marble head was stolen from the Greek gallery in 2002.

While Montague House was the eventual site of the British Museum, other sites that were considered initially included the Palace of Westminster and Buckingham House. If the latter sounds familiar, it should—it’s now known as Buckingham Palace.