You are here: Home / History / Match Girls’ Strike of 1888 commemorated with blue plaque in east London 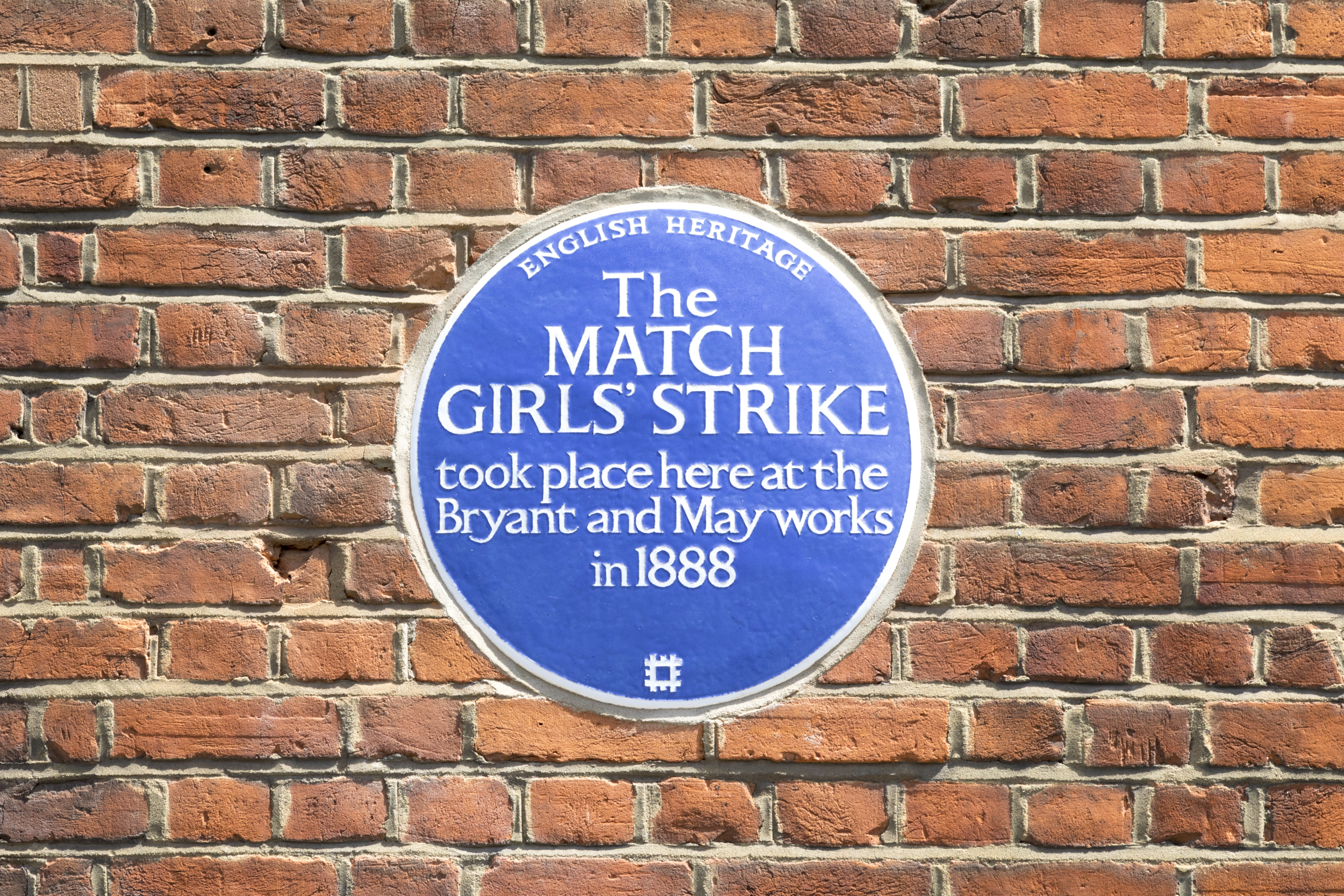 The Match Girls’ Strike of 1888 has been commemorated with a blue plaque at the site of the former Bryant and May match factory in east London.

In early July 1888 around 1,400 of the Bryant and May match factory’s predominately female workforce walked out in protest at the dismissal of a number of their co-workers. We actually have a great article about this whole story here.

An English Heritage blue plaque has been installed at the site to commemorate the event, which is now widely recognized as a trigger to the New Unionism movement, which saw moves to develop the trade union agenda.

Speaking about the new plaque, English Heritage blue plaques panel member Alex Graham said: “At a time when workers are once more striking in defense of pay and conditions, it feels timely to be standing today outside this iconic east London factory commemorating the Match Girls: 1,400 young, working-class women, many of them immigrants or daughters of immigrants, who refused to put up with low wages and dangerous working conditions.

“They won and, in doing so, they changed the course of British labor history. We are therefore glad to honor them collectively with a blue plaque on the building where they took their courageous stand.

“English Heritage wants to commemorate more working-class stories, so if there is a remarkable figure or group from the past – like the women who led the Match Girls’ Strike – who you think should be recognized in London, we’d like to hear from you.”

Former EastEnders actress Anita Dobson, who is a patron of the Matchgirls Memorial, attended the unveiling of the plaque in London’s East End.

“They worked in appalling conditions and their lives were tough and the worst imaginable.

“I grew up aware of the courage and bravery of these women who against all odds went on strike for better working conditions.

“Many of them died an early death due to the phosphorous fumes in the factory.

“They deserve to be honored and remembered, and now they will be.”

The blue plaque to commemorate the Match Girls’ Strike is the latest addition to the more than 980 English Heritage blue plaques dotted across Greater London.

The blue plaque scheme began in 1886 and has since commemorated events and individuals such as Alan Turing and Winston Churchill.

English Heritage has previously acknowledged that only 14% of its blue plaques commemorate women and it is working to address the “historic gender imbalance” in the scheme.

Earlier this month, the charity unveiled a blue plaque at the Hackney house which provided a sanctuary for hundreds of stranded and abandoned Asian nannies and nursemaids known as ayahs in the early 20th century.

The charity is encouraging the public to nominate remarkable female and working-class figures or communities from the past for a blue roundel.