You are here: Home / Travel / Attractions / The Imperial War Museum Plans to Close in 2013 for 6 Months 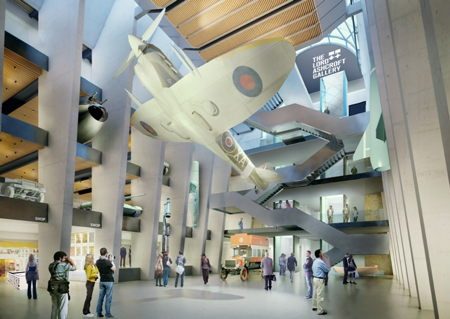 The Imperial War Museum in London is planning to overhaul its entire exhibition space in Southwark to coincide with the centenary of the First World War.

Their plans are so big that they will need to actually close the museum for the first 6 months of 2013 if they’re given planning permission to move forward with construction.

According to London SE1:

The museum, which now prefers to be known as IWM, has submitted applications for planning permission and listed building consent to Southwark Council for the first phase of its long-term masterplan for the building drawn up by architects Foster & Partners.

Phase 1 is due for completion in time to commemorate the centenary of the outbreak of the First World War in 2014.

“We are excited by this unique opportunity to reinvigorate our flagship branch, IWM London, which last saw significant investment in the late 1980s,” says IWM’s director-general Diane Lees.

The new layout will allow the museum to display much more of its First World War collection and will include extra gallery space for exhibitions about contemporary conflicts.

It’s not a done deal yet as the Imperial War Museum needs to get government approval to move forward but I don’t see any reason why the plans would be scuppered. So, if you’re planning a trip to London in the first half of 2013 – keep the IWM out of your plans.

We should add that this won’t affect IWM’s other Museums in London such as the Cabinet War Rooms, Churchill Museum, HMS Belfast, etc.