Editor’s Note: This guest post was written by Matt and Jess, guides from Fun London Tours. They’ve been an advertiser on Londontopia for several years and runs some great tours on offer for visitors to London. Vist their website here and use coupon code: TOPIA20 to save 20% off your tour!

If you’re keen to discover a hidden side of London, then check out some of these quirky locations. Certainly not on the usual tourist trail! 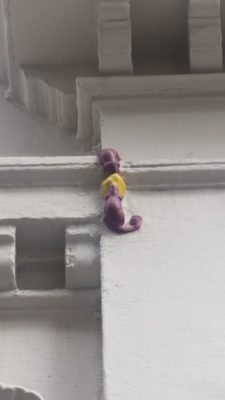 London’s smallest public sculpture is next to The Walkie Talkie, one of its biggest and brashest buildings.  Two tiny mice, fighting over some cheese half-way up a building on Philpot Lane, remain a mystery.  Their origin unknown, stories suggest they are a memorial to two locals builders who fell to their deaths while squabbling over a cheese sandwich…

The smallest police station in the world? 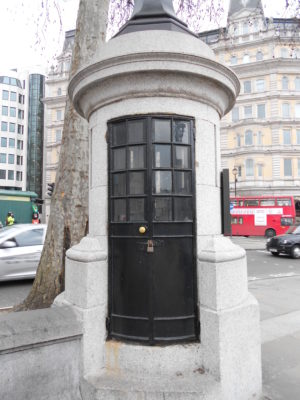 Tucked away in the corner of Trafalgar Square is a claustrophobic copper’s nightmare; the smallest police station ever in this country, possibly the world!  Opened in 1926 and in use for more than forty years, it had a hotline to Scotland Yard and reportedly room for one police officer — or two prisoners! 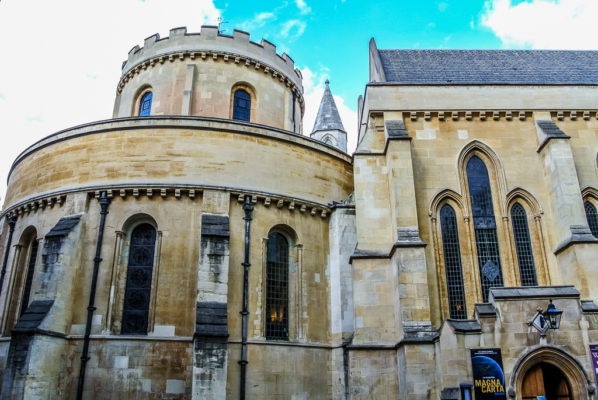 Just by turning a corner in London, you may find yourself somewhere completely different to where you just were…  Perhaps magically transported on the wings of the mighty Pegasus, whose image is everywhere around Inner Temple.  Here, the hum of traffic is barely audible, and you can feel the quiet calm of centuries passing as you wander round this ancient quarter of the City. 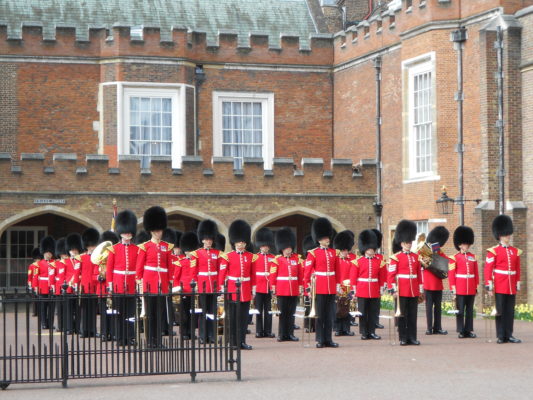 The balcony at Buckingham Palace gets all the attention these days.  But just around the corner is another balcony that is quietly biding its time.  Sometime soon it will again take its rightful place as the most important balcony of all…  This is The Proclamation Balcony at St James Palace, where the death of monarchs is announced, and the ascension of the next in line to the throne is confirmed. 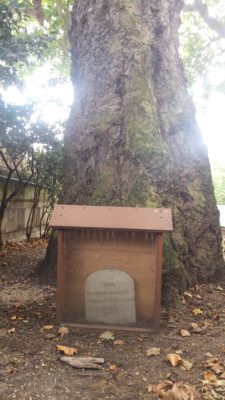 Poor Giro.  Having met an untimely end chewing through an electric cable in 1934, this beloved pet terrier has been unfairly labeled a fascist ever since.  His human was Leopold Von Hirsch, who happened to be Germany’s ambassador when Hitler rose to power.  Moved from its original location, Giro’s gravestone is in Waterloo Place, just off Pall Mall, next to what was once the embassy.

The Memorial to William Wallace 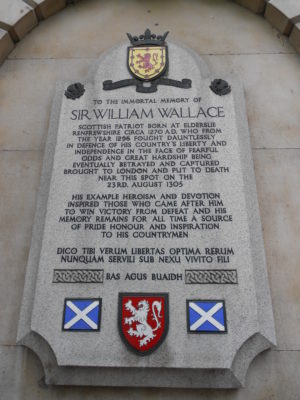 Smithfield; variously the location of meat and cloth markets, wife selling, debauched carnivals… and a lot of grim public executions.  William Wallace, a Scottish nobleman who lead the fight against England, was hanged, drawn and quartered here in 1305.  His memorial next to St Bartholomew’s Hospital attracts freshly lain wreaths and flowers to this day.

The Deadhouse of Somerset House 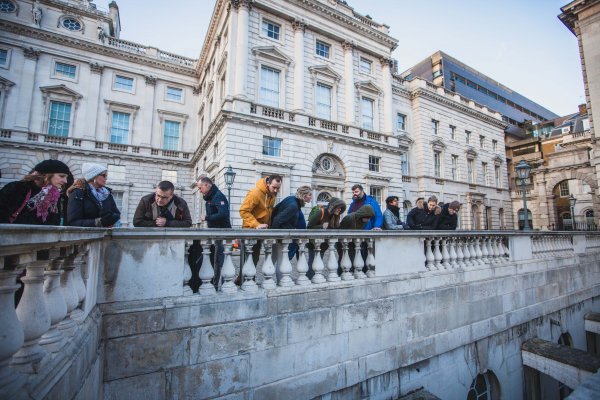 Hmm… So, how shall we rebuild Somerset House, a huge riverside mansion that has its own chapel and a churchyard full of bodies?  Why demolish and chuck the whole lot of course!  Oh, apart from the gravestones — let’s keep those and incorporate them into the fabric of the new building!  Lets put them in the walls of one seriously creepy room in the basement and call it the Deadhouse!

The entrance to The Leaky Cauldron 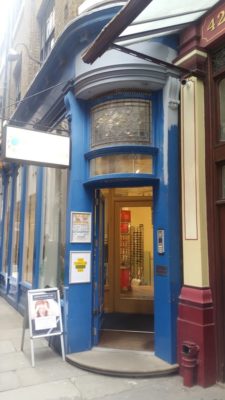 Where can you buy an owl, a wand, and a broomstick?  OK, yes online.  But other than that, it depends if you know where to look…  Harry Potter first enters the magical Diagon Alley through The Leaky Cauldron pub; the entrance of which was filmed in one of London’s most enchanting and colorful locations, Leadenhall Market. 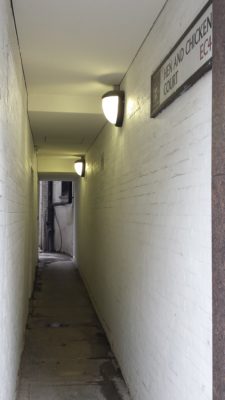 In 1846, The People’s Periodical first published the story of the murderous Sweeny Todd.  Hen & Chicken Court, just off Fleet Street, is where he piled his trade, flinging his customers into the cellars he shared with the pie shop next door.  A combination of hearsay and French folklore, it is likely that Todd never existed… However, Hen & Chicken Court does exist, and has deep, interconnected cellars running beneath…

The Memorial to Heroic Self-Sacrifice 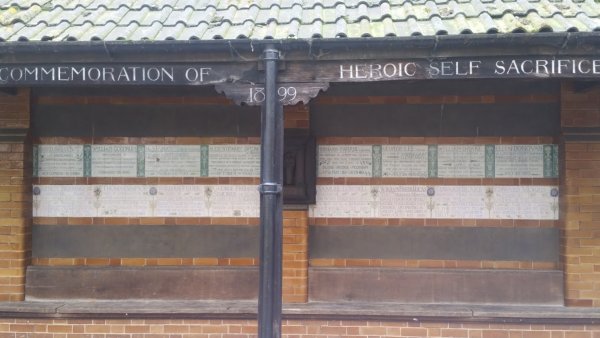 Postman’s Park, hidden in the City of London, is an amusingly small patch of greenery for that name.  But inside is something rather sad and beautiful.  Rows and rows of plaques, recounting the details of ordinary people who gave their lives to save others.  In a city full of statues of dodgy politicians and arrogant kings, The Memorial To Heroic Self Sacrifice is a moving tribute to the best of humanity.

Fortunately, you can discover all of these amazing locations if you join a walk led by the acclaimed aficionados of the unusual and secret aspects of this city, Fun London Tours!

At Fun London Tours we focus on the secret and forgotten tales of London. Whether that means taking you to a hidden corner of the old city to show you a piece of history, or using old photos and newspaper cuttings to relive incredible stories lost in time, you’re guaranteed to discover a new side to London. Our walks are unique, lovingly crafted and delivered by the best professional guides who value humor and warmth as well as history and facts. Not only do we lead tours focusing on the more curious aspects of London, but our Changing the Guard tour has received over 1000 five star reviews online, bringing this ceremony to you in a completely engaging manner. So for something a little bit different from the status quo, join one of our tours! Use Coupon Code TOPIA20 to save 20% off your tour!