You are here: Home / Site News / Featured / Exploring London: 10 Random Facts and Figures about the Tower of London 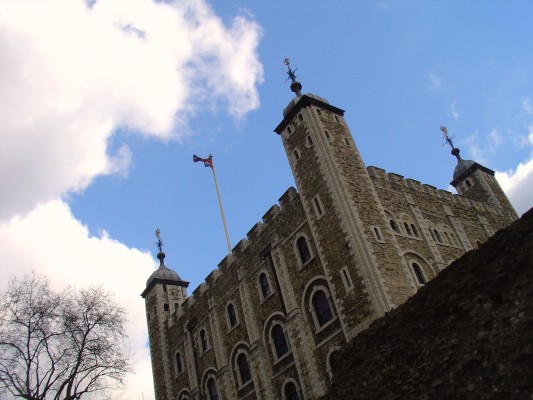 The Tower of London.  Built in 1066 by William I as part of the Norman conquest of England, the Tower has long been an important locale and center of the monarchy.  Next time you have a chance to visit, here are some interesting facts and figures to think about while you tour the grounds.

Despite being referred to as the Tower of London, the building’s official name is “Her Majesty’s Royal Palace and Fortress the Tower of London”.  Construction began in 1066 and the White Tower (from which the castle gets its name) was completed in 1078.

The White Tower sits 27 metres above the ground and was constructed with Caen stone from France.

Until the Tudor period, the Tower was actually the royal residence.  It was during the Tudor Dynasty that it was used more often as prison.  Several famous persons were prisoner here over the years including Elizabeth I, Lady Jane Grey, Sir Walter Raleigh, Anne Boleyn, and Catherine Howard.  Guy Fawkes was taken to the Tower for interrogation after the failure of the Gunpowder Plot.  The last prisoner to reside at the Tower was Rudolf Hess, Deputy Chancellor of Nazi Germany (who was free to roam the grounds) and the last prisoner to be executed there was Josef Jakobs, a Nazi spy who was executed by firing squad. 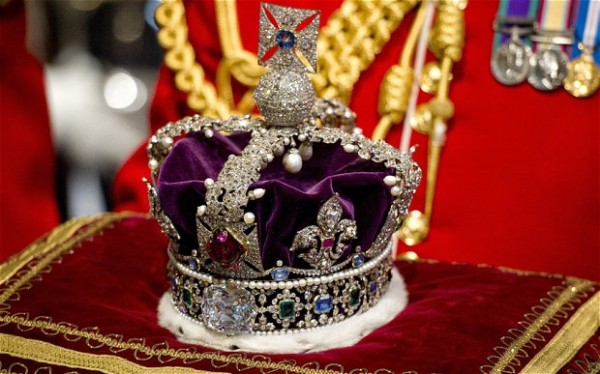 The Crown Jewels have resided at the Tower since the reign of Henry III.  Their purported value is somewhere in the excess of $32 billion.  The Great Star of Africa (Cullian I) was the largest polished diamond in the world until the 1985 discovery of Golden Jubilee Diamond.  It rests in the Sceptre with the Cross and has an estimated value of $400 million.  While these are estimates, the true value of the Crown Jewels is priceless.  They have been on display at the Tower since the 17th Century.

Several ghosts are said to haunt the Tower, including Henry VI, Anne Boleyn, Lady Jayne Grey, and the “Princes in the Tower”, Edward V and Richard, Duke of York.  King Richard III claimed to imprison them for their own protection, though it is believed that he secretly murdered them to assume the throne.  Ultimately, the bones of two boys were found in a chest in the Tower, believed to belong to the princes.

Ceremony of the Keys

The oldest military ceremony in the world takes place at the Tower.  Each evening at exactly 9:53 P.M., an armed escort of Queen’s Guards accompany the Chief Yeoman Warder to lock the gates.  As they make the rounds, a sentry will issue the challenge to the escort, stating “Halt!  Who goes there?”, to which the escort responds, “The Keys”.  The sentry will then ask “Whose Keys?” and the escort answers “Queen Elizabeth’s Keys.”  The sentry then allows the escort through, saying “Pass, Queen Elizabeth’s Keys, and all is well!”

Here’s a short video on the ceremony:

The Tower also held the Royal Menagerie until 1835, when the animals were moved to the London Zoo in Regents Park.  It even had a polar bear that would fish in the Thames River. 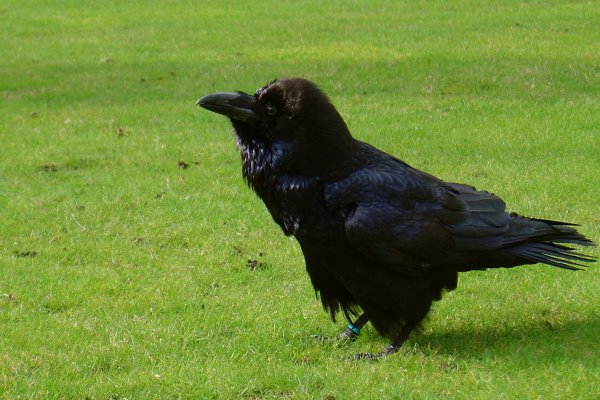 Ravens are a fixture at the Tower (and despite what Doctor Who may claim, do not require batteries).  King Charles II had wanted to have them removed, but was told that if he did so, “the Tower would crumble and great harm would befall the nation.”  Some of them have their wings clipped so that they cannot fly too far from home.

Geoffrey Chaucer supervised the construction of the Tower Wharf in 1389. 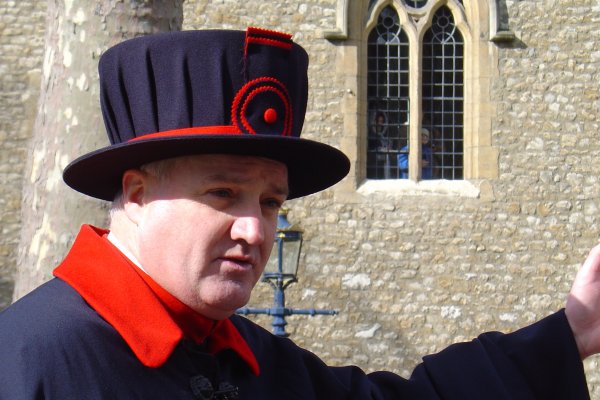 The Yeomen Warders of Her Majesty’s Royal Palace and Fortress the Tower of London, and Members of the Sovereign’s Body Guard of the Yeoman Guard Extraordinary, popularly known as the Beefeaters, are ceremonial guardians of the Tower of London. In principle they are responsible for looking after any prisoners in the Tower and safeguarding the British crown jewels, but in practice they act as tour guides and are a tourist attraction in their own right, a point the Yeoman Warders acknowledge. In 2011, there were 37 Yeomen Warders and one Chief Warder. All warders are retired from the Armed Forces of Commonwealth realms and must be former senior non-commissioned officers or petty officers with at least 22 years of service. They must also hold the Long Service and Good Conduct medal.