You are here: Home / Culture / Museums / Check out ‘Enigmatic images’ in Natural History Museum’s Wildlife Photographer of the Year Contest 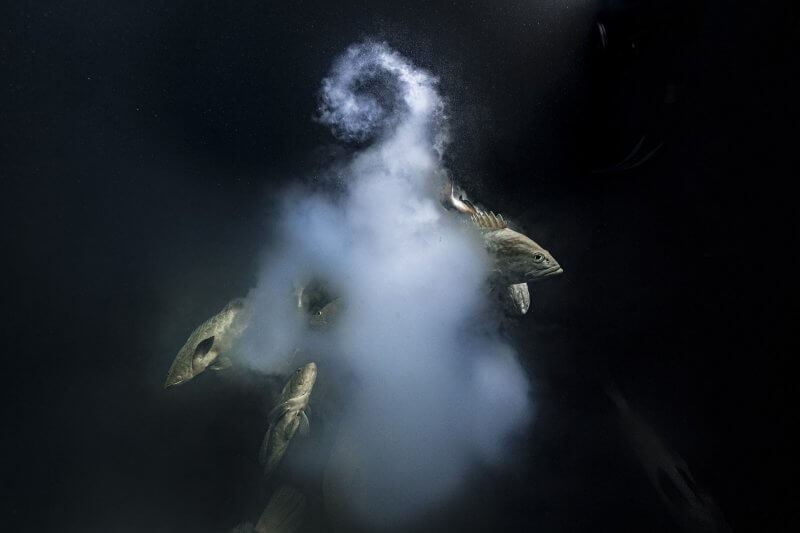 Laurent Ballesta was selected as the winner of the competition following the submission of his “enigmatic image” Creation, which captures camouflage groupers exiting their milky cloud of eggs and sperm in Fakarava, French Polynesia.

Over the past five years, Mr. Ballesta and his team returned to the lagoon, diving day and night, so they did not miss the annual spawning that only takes place around the full moon in July.

His image was selected from more than 50,000 entries from 95 countries and was named the winner at a virtual awards ceremony at the Natural History Museum in central London.

Chairwoman of the judging panel, writer and editor Rosamund “Roz” Kidman Cox, said: “The image works on so many levels. It is surprising, energetic and intriguing, and has an otherworldly beauty.

“It also captures a magical moment – a truly explosive creation of life – leaving the tail-end of the exodus of eggs hanging for a moment like a symbolic question mark.”

Meanwhile, Vidyun R Hebbar was named Young Wildlife Photographer of the Year 2021 at the ceremony.

The two winners were chosen from 19 categories in total, which aim to celebrate the natural world.

A total of 100 images from the competition will be on display at the Wildlife Photographer of the Year exhibition at the Natural History Museum.

It opens on October 15 before touring across the UK and internationally.