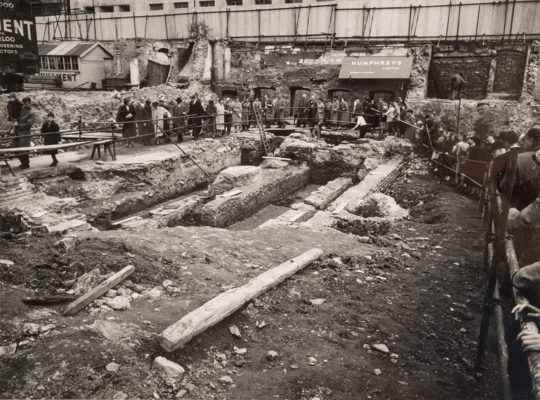 Bloomberg has gone the extra mile (Michael Bloomberg himself is a big Anglophile) and create an entirely new museum around the temple. New artifacts were also discovered when they were excavating the new building. All of this has been enclosed in a new free museum called the London Mithraeum.

Check out this video that explains the whole thing:

The museum is free and open to the public daily. BUT you must book tickets ahead – and we advise you to do so as far in advance as you can as it’s proving to be very popular right out of the gate.

We’ve booked tickets to visit next year and I can’t wait to check it out!