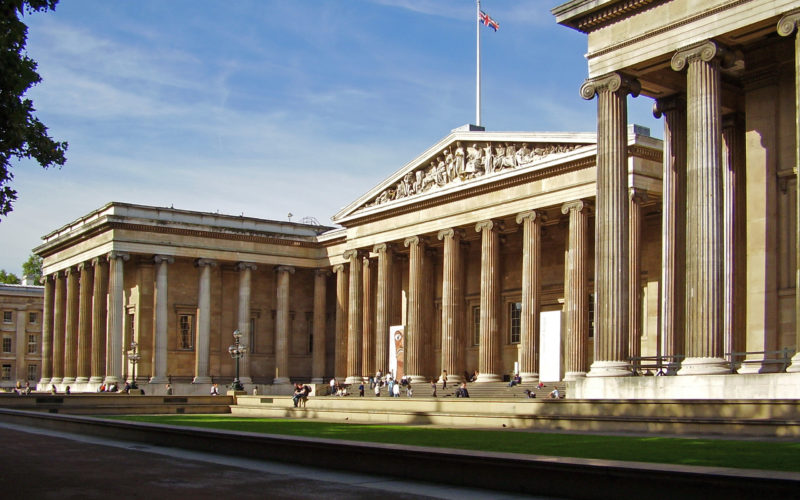 Since 1753, the British Museum has been a repository of world culture in the United Kingdom.  The earliest exhibits came from the personal collection of physician and scientist Sir Hans Sloane, but was the British Empire rose to prominence; it began to receive many unique items from locations all over the globe.  It grew so much over its 250-plus years that it necessitated the creation of branch institutions such as the Natural History Museum and the British Library.  Today, the British Museum is still full of many artifacts that explore the world’s shared history and here are ten that you absolutely have to see when you visit. 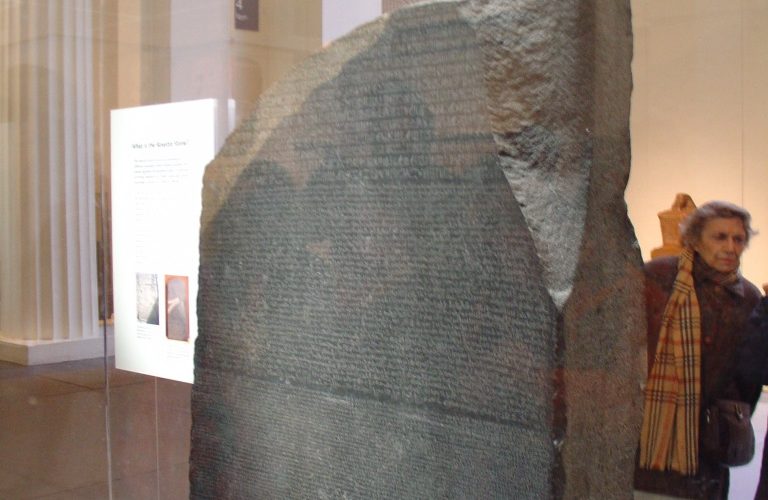 Part of the Egyptian Sculpture Gallery, explorers discovered it in Memphis Egypt in 1799, and it was massively instrumental in helping the Western world understand hieroglyphics and learn more about Ancient Egypt.  The stone itself depicts a decree that was written in hieroglyphs, Greek, and Demotic languages. 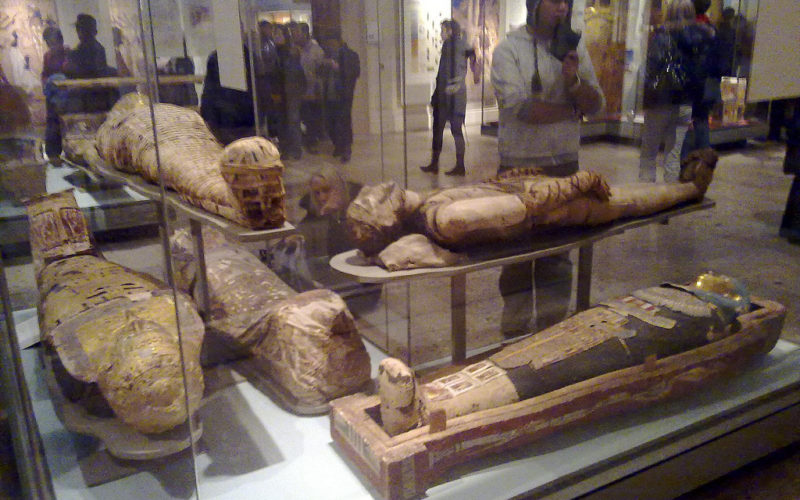 Another import from the archaeological digs that took place in Egypt during the Victorian and Edwardian periods are some 140 mummies that are in the museum’s collection.  Only a fraction of them are actually on display and include not only royalty but mummified cats.  The exhibit not only displays the beautiful collection of death masks, coffins, and artifacts but also explains the mummification process to visitors. 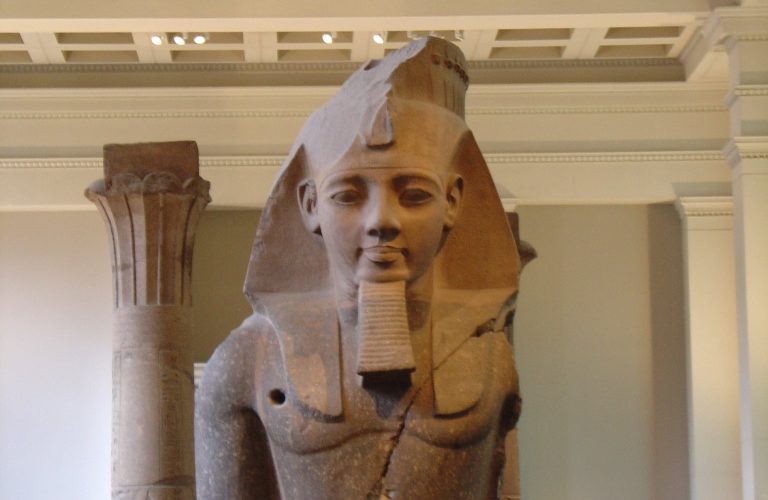 The last thing you need to see in the Egyptian Sculpture Gallery is the granite statue of Pharaoh Amenhotep III.  Amenhotep ruled from 1390 to 1325 BC and was discovered around 1817 and then purchased by the museum from Henry Salt who had found it a Cairo warehouse.  The head is about 9 ½ feet tall and weighs 4 tons. 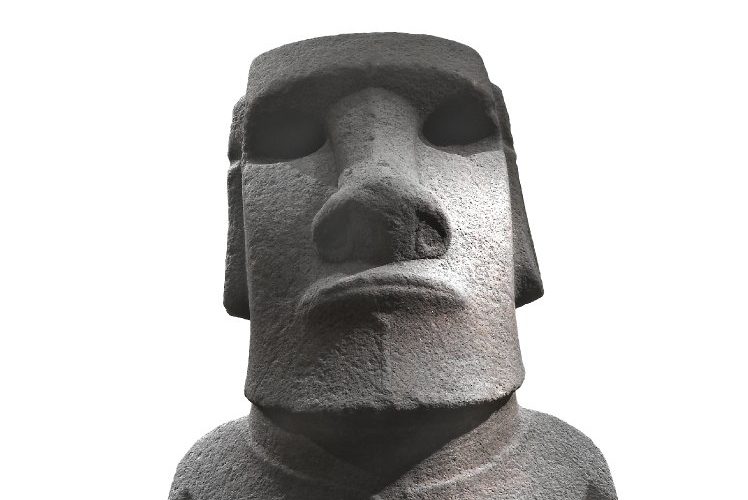 Commodore Richard Ashmore Powell acquired the statue from a ceremonial center in Orongo, Rapa Nui during an expedition in 1869 and from there it passed to the Lords of the Admiralty who presented it as a gift to Queen Victoria, who subsequently gave it to the museum.  Hoa Hakananai’a, or “Stolen or Hidden Friend”, is an excellent example of the ancestor statues found all over Easter Island, and is made of basalt.

An absolutely fascinating piece of Aztec culture, the double-headed serpent was carved out of wood and is also a mosaic-covered in pieces of turquoise.  It’s unknown how the serpent left Mexico, though it’s thought to have been a gift to Herman Cortes and eventually found its way to collector Henry Christy, who bequeathed it to the museum along with a number of artifacts in his collection. 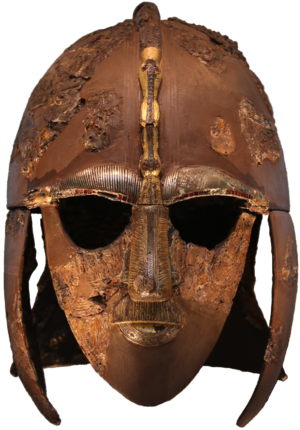 Americans might remember seeing images of the Sutton Hoo Mask on the covers of history or English Literature textbooks, and this artifact is only part of a larger Anglo-Saxon collection that was discovered at Sutton Hoo in 1939.  Over 20 burial mounds were uncovered here that yielded hundreds of items that give us insight into this period of British history. 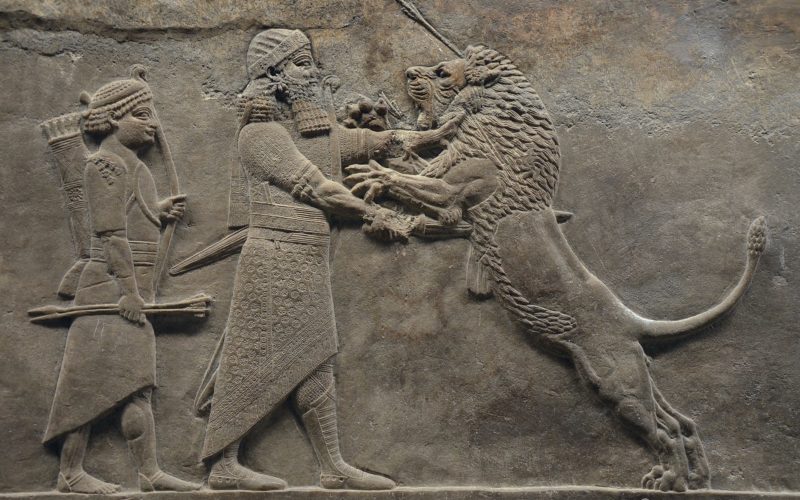 These reliefs that date from around 650 BC show an Assyrian king displaying his power and authority by engaging in the ancient pastime of lion hunting.  The alabaster panels were discovered by Homuzd Rassam in 1853 on an archaeological expedition and tell the entire story of the hunt from the releasing of the lions to the dogs and guards that were there to keep the king safe as he proved his bravery. 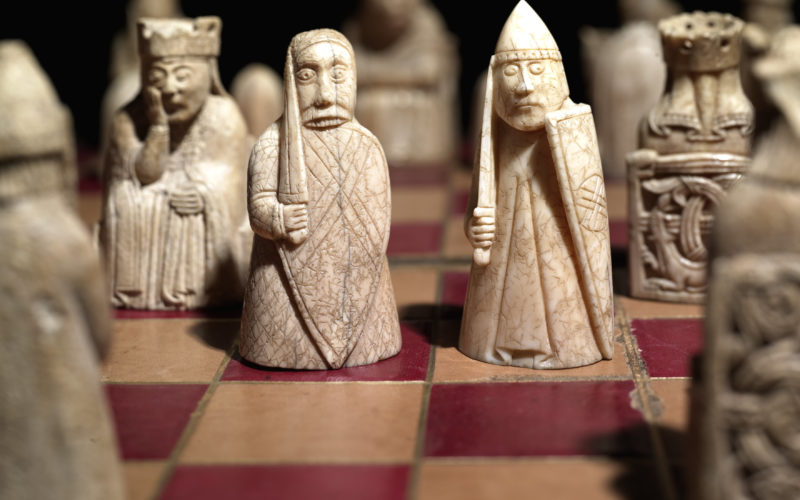 Chess is a game that dates back centuries, as proven by this set of walrus ivory and whale teeth that was carved sometime between 1150 to 1200 AD.  Scholars believe the set was made in Norway and once belonged to a merchant who traveled between that country and Ireland, leaving the set on the Isle of Lewis in Scotland.  Eighty-two of the pieces are at the British Museum, and the remaining eleven can be found at the National Museum of Scotland in Edinburgh. 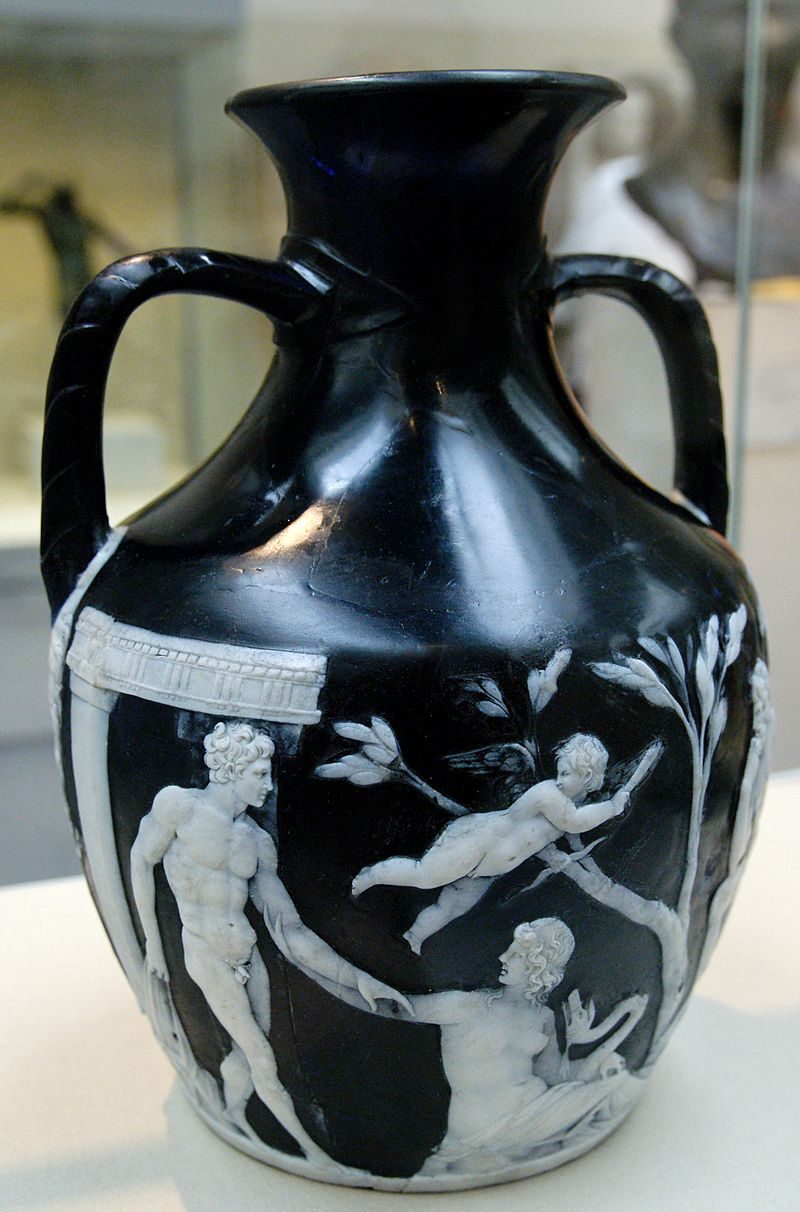 The Portland Vase is an excellent example of early-AD Roman art, a cameo glass vessel that depicts images of love, marriage, and sex.  The images depicted suggest to scholars that it may have been a wedding gift.  It was previously in the possession of the Dowager Duchess of Portland, hence its name, and it’s actually been destroyed and restored several times since it came into the museum’s possession. 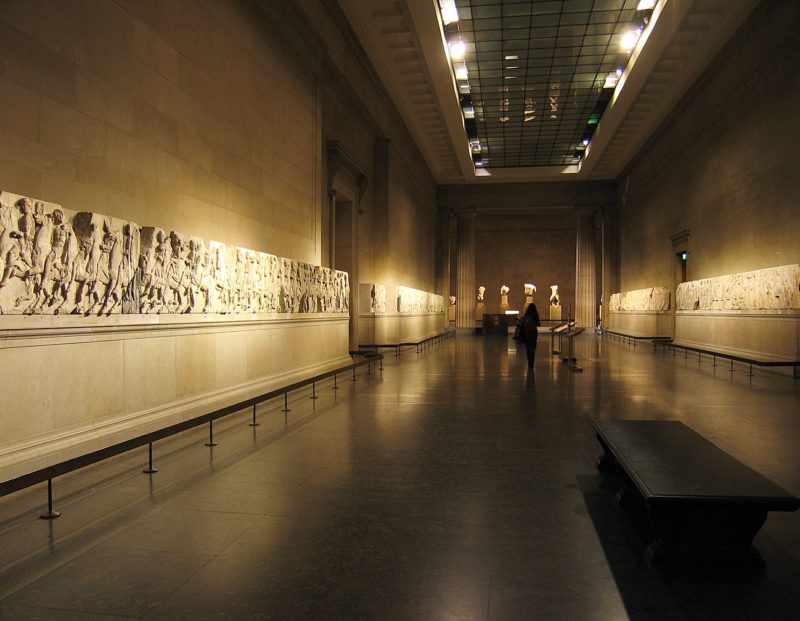 Also known as the Elgin Marbles, Lord Elgin acquired these statues and reliefs from the Ottoman Empire when it was in control of Athens and much of Greece.  The marbles are the source of great controversy between the British and Greek Governments, as the British Museum feels it is preserving a piece of world heritage while the Greek government takes the position that the marbles are the country’s rightful property.  At any rate, for the moment, the British Museum is the place to see these wonderful pieces of ancient art.