You are here: Home / Culture / Buildings / 10 Interesting Facts about the British Houses of Parliament You Probably Didn’t Know 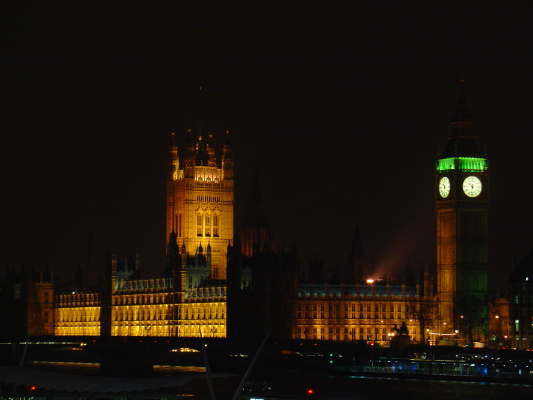 Parliament—the houses of power for the British Government. Making laws, debating important issues, and using code words such as “the right honourable member” for “that prat on the other side”. With the English Parliament around since the tenants-in-chief forced King John to sign the Magna Carta, and the British Parliament in existence since 1801, this legislative body has racked up its fair share of interesting facts and figures. What fun things can we find out about one of the world’s leading assemblies?

Bars, restaurants, and public places in general aren’t the only places you can’t smoke in the United Kingdom. That’s right, there’s no smoking in Parliament. In fact, there is a snuffbox at the front door of the House of Commons and has been there for centuries. There’s no evidence to suggest anyone partakes of it anymore, though.

Since 1944, the number of times that Parliament has sat averages at 209 times per year. However, every year since 1998 has seen fewer sittings than the post-war average. This isn’t stopping the Members from writing even longer acts, despite the total number of acts being passed at 30-40 (the post-war average was 98 acts per year).

It’s Not Easy Being Green 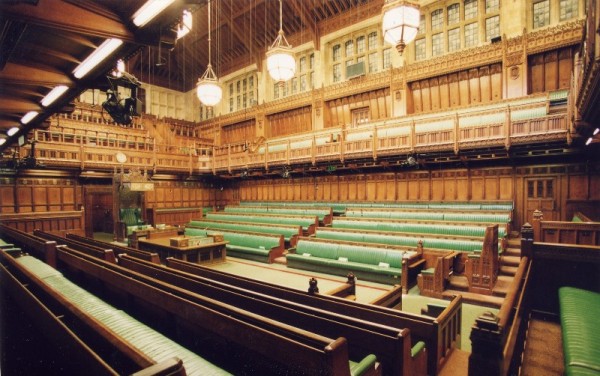 The custom of the green benches of the House of Commons go back 300 years and the current chamber was rebuilt in 1945 by Sir Giles Gillbert Scott after the original was destroyed during the London Blitz. Westminster Bridge, leading to the Houses of Parliament is painted the same green as the Commons’ benches- which are green leather. By contrast, the benches in the House of Lords are upholstered red.

Whereas in America, the President must sign a bill passed by both Houses of Congress before it can become law, in Britain, that is one of the few actual governmental responsibilities ascribe to the monarch. For an act to become a law, the Queen must give her “Royal Assent”, and sign it. The Queen may also withhold (refuse) or reserve (postpone) her assent, though no monarch has done so since 1708, when Queen Anne refused the Scottish Militia Bill. The bill aimed to give arms back to the Scottish Militia, but was scrapped when rumours that the French were sailing for Scotland gave rise to the fear of rebellion.

Peers are the members of the House of Lords. While some peers are hereditary, others are created by the government, called Life Peers, whose titles cannot be inherited. Bishops of the Church of England also hold seats in the House of Lords. The Prime Minister who created the most peers was Tony Blair at 357. The second-most created was 201 by Margaret Thatcher. 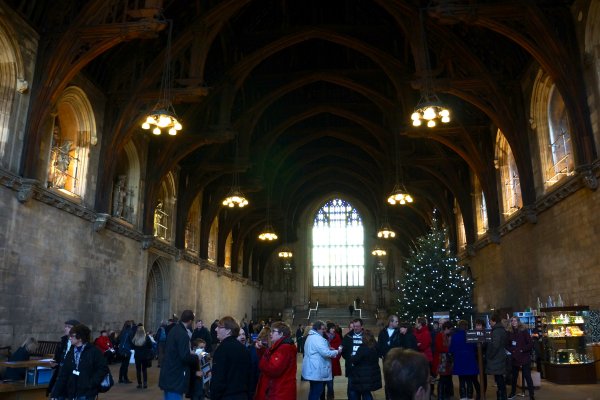 Westminster Hall is the oldest part of the Houses of Parliament, built in 1097 by King William II and completed in 1099. At the time it was built, it was the largest hall in Europe at 240 by 67 feet and about 17,000 square feet. What’s more, it was built approximately 500 years after the Hagia Sofia in Turkey.

This phrase comes from the Partition Bag, a velvet bag which hangs from the back of the Speaker’s Chair in the House of Commons. The bag was for any member to post a petition that they were too shy to address in public.

Please, Do Not Swear

Members of Parliament are forbidden from using curse words or other language that might “offend the dignity” of Parliament (stop sniggering at your computer). MPs also cannot insult their fellow members or accuse them of dishonesty on the floor of the House of Commons. This perhaps is the origin for terms like “the right honourable member” for a member of the opposition and “being economical with the truth” for lying. It’s almost a game for some members to see what they can get away with saying without reprimand, especially during Question Time.

Outside the House of Commons in the Members’ Lobby are four bronze statues of some of the nation’s greatest Prime Ministers, including Winston Churchill, Clement Atlee, Margaret Thatcher, and David Lloyd George. There are three stone statues as well of Benjamin Disraeli, Arthur Balfour, and Herbert Asquith, as well as numerous busts of other Prime Ministers. Until 2002, you could only have a statue in the lobby if you had died, but the rule was changed to permit it under certain conditions. Thatcher’s statue was commissioned in 2003 and debuted in 2007. A bust of Tony Blair has also been commissioned. Members will touch the statue or bust of their favourite PM before they give a speech for good luck.

You can tour the Houses of Parliament when the house is not in session and usually every Saturday. Tours must be booked in advance. Full details and booking information can be found here.