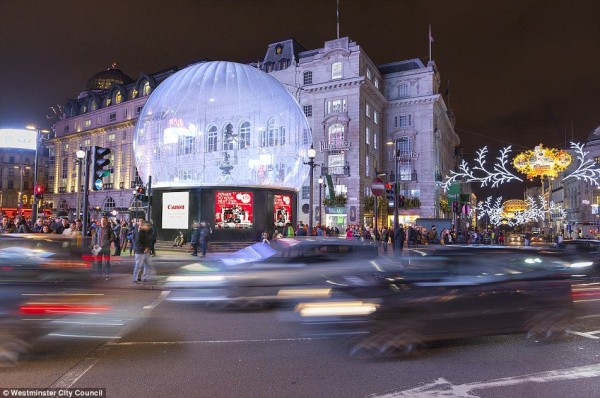 The iconic statue of Eros in Piccadilly Circus has been covered in a giant snow globe for the Christmas season. The reason? Other than to be rather festive, it is to protect the statue during the holiday season from vandals. Oh and it looks like sell more ad space in the already ad cluttered area popular with tourists.