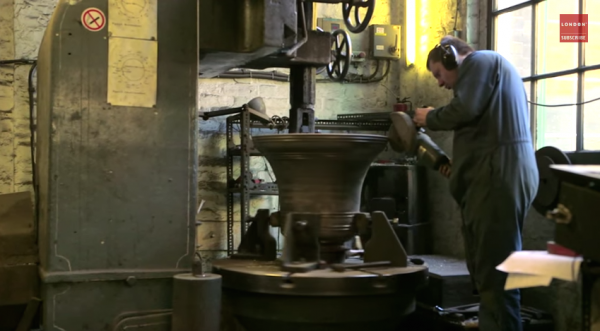 London is a city brought to life by its people and the unique and fascinating stories they have to tell. Watch and share their stories now!

Meet Alan Hughes whose family has been casting bells in East London since 1884. The foundry was established over 400 years ago. Most of London’s great bells were made here including those at St Mary-le-Bow, Houses of Parliament (Big Ben) and Westminster Abbey. The Foundry also exports to the USA and cast arguably the most famous bell of them all, the Liberty Bell.