Watch this amazing video that takes an old filmreel of London in 1927 and compares it to today. Wow!

Here’s a shot from the video. 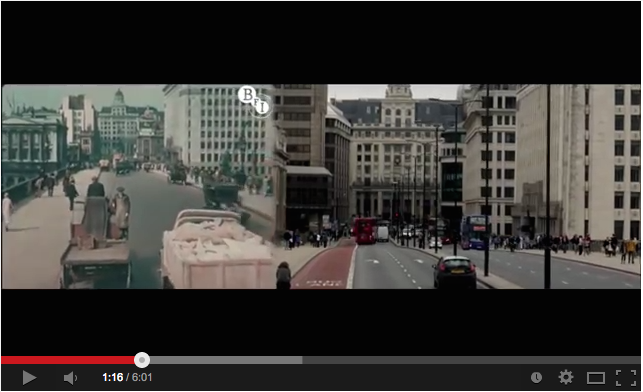 From the video creator:

During the 1920s, cinematographer Claude Friese-Greene travelled across the UK with his new colour film camera. His trip ended in London, with some of his most stunning images, and these were recently revived and restored by the BFI, and shared across social media and video websites.

Since February I have attempted to capture every one of his shots, standing in his footsteps, and using modern equivalents of his camera and lenses. This has been a personal study, that has revealed how little London has changed.