You are here: Home / History / Video: London in 1924 Compared to 2014 in Mesmermising New Hybrid Video That You Have to See – A Window to London’s Past 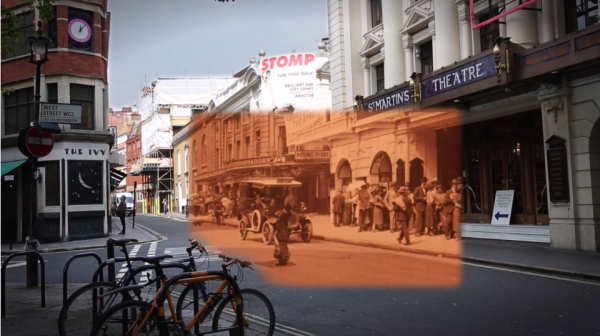 A few weeks ago we posted a video where a filmmaker compared scenes from a 1927 film about London to what they looked like today and it was an amazing little video. Check it out here.

The filmmaker has done it again, this time taking elements from a 1924 newsreel about London and overlaying over modern day shots. The affect is a mesmerizing window into London’s past.

Wonderful London in 1924 and 2014 – In 1924, Harry B. Parkingson and Frank Miller documented London in a fantastic series of short films, known as “Wonderful London”. Over the last few months, I have stood in their foot-steps, recapturing their shots exactly, and have blended the two together creating a window through time. The music used is Symphony No. 4 by Gustav Mahler