You are here: Home / Culture / Buildings / No, You Don’t Need to Check Your Eyes – There are Indeed People Hanging off the Big Ben Clock Face as it Gets a Good Cleaning 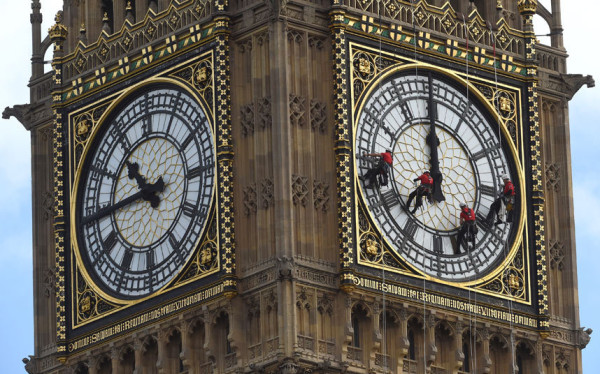 Now here’s something that you don’t see every day. The iconic Big Big clockface was due for a good scrub so they did what any owner of a Victorian era tower would do: they called in abseiling window washers to do the job. 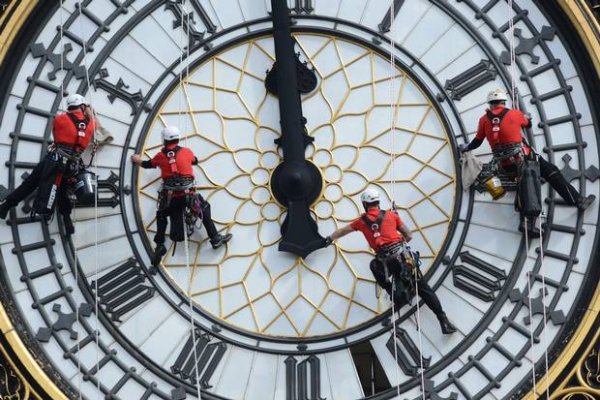 They usually clean the clock face every four years. They spend the time inspecting and repairing cast iron joints and the opaque white glass in the four faces, all while hanging 60 meters from the ground. Each seven meter diameter clock face has 312 panes which can often become damaged by pigeons and bell vibrations.

The clock still runs during the work but the hands don’t move until they’re finished.

Here’s a video about the process:

Editor’s Note: The tower is actually called Elizabeth Tower (it was renamed in honor of the Queen’s Diamond Jubilee in 2012). The big bell inside the clock is actually what is called Big Ben. But everyone – including most Londoners – called the whole tower Big Ben and that’s fine with us.