You are here: Home / Londonism / Weird London: London Borough of Enfields Opens New Front in the War on Spitting 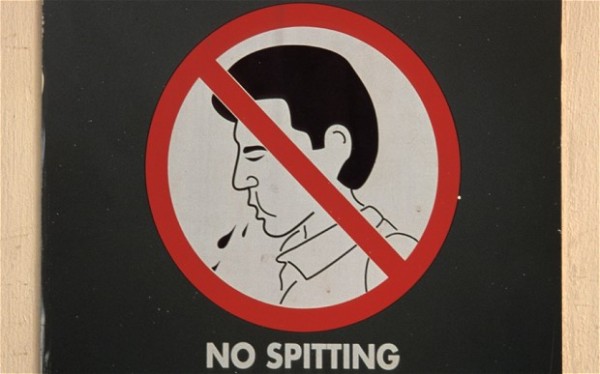 Apparently, spitting in public is a problem in the North London borough of Enfield.

It’s enough of a problem that a new law has been passed by the local council outlawing spitting in public, punishable with up to a £500 fine.

Remarkably, the council had to ask the British Government for the authority to do this and it was approved!

Quoth Enfield Council Member Chris Bond: “Spitting is utterly foul and disgusting and we’re delighted the government has given us the power to prosecute. We can now get on with dealing with those disgusting individuals who want to share their spit with the wider community and send out a strong message to show that sort of disgusting behaviour won’t be tolerated in a civilised society.”

Visitors to enfield should be re-assured that those who spit into a handkerchief, tissue, bin, or containers are exempt from the new regulations.

So, tourists beware, no spitting in Enfield!