You are here: Home / The Tube / Tube News: The Long Awaited Night Tube to Start in August… Maybe 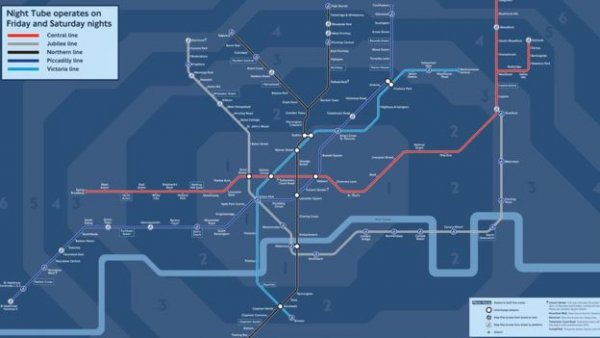 The big news in London transport news yesterday was that a start date was finally announced for the start of the long awaited Night Tube service. Select Tube Lines will begin running 24 hours a day on the weekends.

London Mayor Sadiq Khan said the Central and Victoria lines will start on 19 August, with the Piccadilly, Jubilee and Northern lines following in the autumn.

The service will run through the night on Fridays and Saturdays.

The service will run:

The service was meant to start back in 2015 but his several stumbling blocks – mostly involving the powerful unions that run the networks. There were many disputes over pay and the closing of ticket offices (which is how the Night Tube was being funded).

It looked like all the disputes had been resolved.

Until the news this morning that the RMT Union is planning another strike over some unresolved issues.

So, will the Night Tube start in August? We shall see….