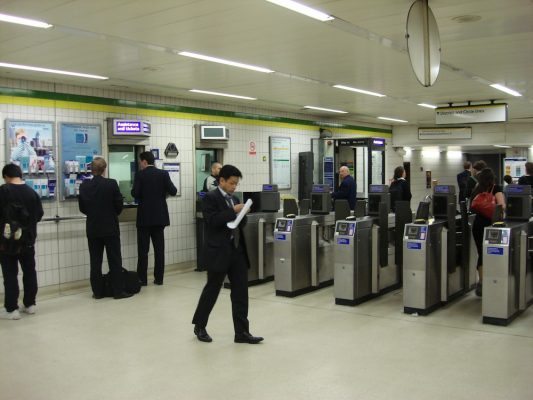 We’ve all been there in London. One of two situations happens:

The lesson learned is that, unlike other cities, London’s rail transport network is not open 24 hours. There are  lot of reasons for this – the major one being that since most of the network is over 100 years old, the only times suitable to maintain the network are when it’s closed in the middle of the night.

So, it was with great surprise that Transport for London announced yesterday that from 2015, they will start running a 24 hour Tube network.

And only on Friday and Saturday.

But they say it’s just the start. They’re long term goal is to transition the entire network to running up to 24 hours. This is fantastic news!

The weekend “night tube” service will start on the Piccadilly, Victoria, Central and Jubilee lines, as well as key sections of the Northern line, from 2015. All stations will be staffed while services operate.

What’s going to take so long? They have to upgrade the network to be able to handle 24 hour service and it’s going to require new infrastructure and technology to make it feasible.

The bad news is that where Transport for London giveth, it also taketh. To help pay for this new system, they going close the remaining tickets offices located in stations, leading to job losses.

It’s safe to say that the ticket offices have been rather underutilized with the advent of the Oyster Card system, but it was always reassuring to be able to ask a member of staff for help. It’s a shame that you won’t be able to do that anymore.

So, tourists be warned, you had better know where you’re going. While there will still be helpful staff in stations, you will more than likely be on your own from now on.