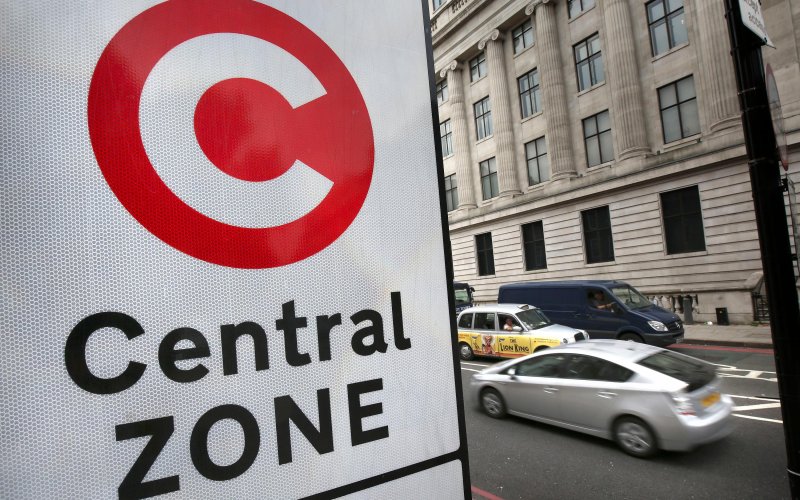 A 30% hike in the fee for driving into central London will be made permanent under Transport for London (TfL) plans.

TfL had claimed the increase in the daily Congestion Charge from £11.50 to £15 was a temporary measure when it was introduced in June 2020.

On Wednesday it announced proposals to keep the price at that level, but scale back an increase in the period when the scheme operates.

The multi-billion pound funding package provided by the Government led to the Congestion Charge being extended from 7 am-6 pm on weekdays to 7 am-10 pm every day.

TfL is consulting on stopping the charge at 6 pm every day and delaying its start until noon on weekends and bank holidays.

London mayor Sadiq Khan, who chairs TfL, said: “The Government insisted on the widening of the level and scope of the Congestion Charge last year as a condition of TfL’s emergency funding agreement – which was only needed because of the pandemic.

“As we look to the future it’s vital the charge strikes the right balance between supporting London’s economic recovery and helping ensure it is a green and sustainable one.

“These proposals support the capital’s culture, hospitality and night-time businesses which have struggled so much, as well as encouraging people to walk, cycle and use public transport.

“We must not replace one public health crisis with another due to filthy polluted air, and our measures to create more space for walking and cycling have already had a huge impact.”

In June 2020, TfL said its changes to the Congestion Charge would be kept “under review to ensure they remain effective”.

Jack Cousens, the AA’s head of roads policy, said the Congestion Charge is “a tax on people going about their everyday business and lives”.

He accused the Greater London Authority, which part-funds TfL, of “taking its cash-guzzling from motorists to a new level”.

Natalie Chapman, head of policy at trade body Logistics UK, said maintaining the £15 charge is “an additional tax for logistics businesses who currently have little alternative but to use lorries and vans to keep London stocked with all the goods the population needs”.

The plan to abolish fees after 6 pm was welcomed by senior figures at entertainment businesses in the capital.

Kathryn McDowell, managing director of London Symphony Orchestra, said the measure would allow more people to attend its events and “give the night-time economy a much-needed boost”.

Nightclub Fabric’s director Cameron Leslie commented: “Any measure to encourage people back into central London at this time by whatever mode of transport should be wholeheartedly supported.”

Sir Nicholas Kenyon, managing director of performing arts center Barbican, said lifting the congestion charge in the evening “would be a huge help in putting culture and events at the heart of the capital’s recovery”.