You are here: Home / Travel / Transport / In Pictures: Thousands travel on Elizabeth line on first morning of passenger service 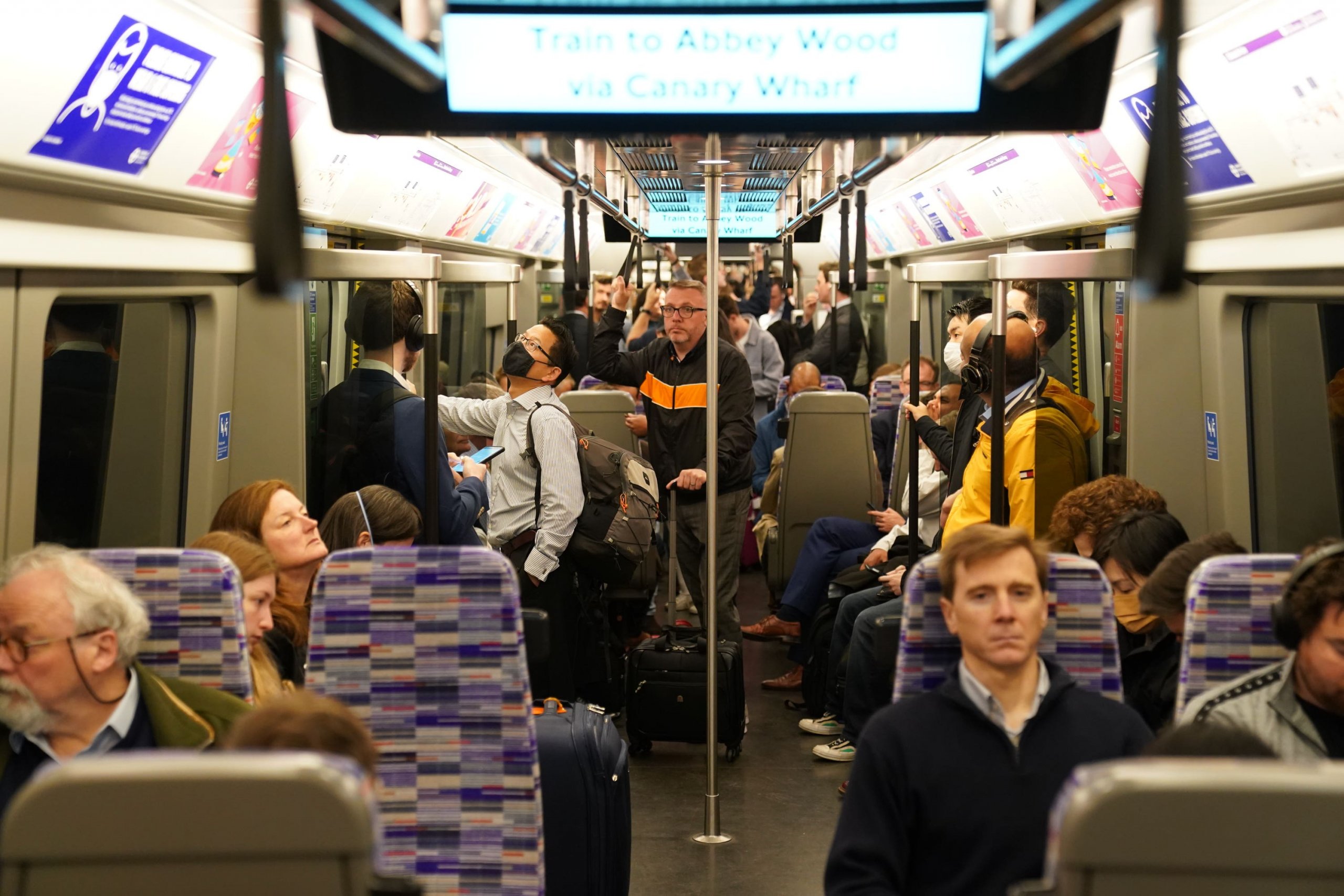 Thousands of people traveled on London’s £18.9 billion Elizabeth line railway in the first few hours of operation on Tuesday morning.

Hundreds of transport enthusiasts gathered at stations in Paddington, west London, and Abbey Wood, south-east London, to be on the first trains, which departed shortly after 6.30 am.

Transport for London (TfL) commissioner Andy Byford said the service was running “so far so good” and “on time.”

Paddington station was closed for around half an hour due to a fire alarm being activated.

Mayor of London Sadiq Khan, who traveled on the first departure from Paddington, said it was “a fantastic day.”

He told the PA news agency: “It’s been fantastic to see these amazing stations being used by members of the public.

“It’s one of those pinch-me moments.

“We’re experiencing an expansion of public transport in London we’ve not seen in more than 50 years.”

He added: “These trains are speedy, spacious, silent, comfortable.

“We know now they are fit for a Queen and, as importantly, fit for Londoners.”

The head of state visited Paddington last week to mark the completion of the Crossrail project to build the railway.

“Long-term investment in UK infrastructure pays off – with this project alone supporting 55,000 new jobs, 1,000 apprenticeships, and forecast to boost the UK economy by £42bn.”

Danny McLaren, 21, from Edinburgh, arrived at Paddington at 1.30 am to ensure he would be near the front of the queue to be on the first train.

He said: “It’s an epic day to experience it when it’s brand new.”

Another passenger, Colin Farmer, 84, from Croydon, south-east London, said: “It’s history. It’s about time there were trains right through London without changing to the Underground.

“I’m very excited. We’ve been waiting long enough for it.

James Robert, 48, from Wigan, was on the train with his 11-year-old son Matthew.

“I wish we had trains like this in Wigan.”

Clare Cenci, 43, from Maidenhead, Berkshire traveled on an early morning Elizabeth line service from Paddington on her commute to Liverpool Street.

She said there is “a lot more space” compared with Tube trains.

She went on: “The air-conditioning makes it a lot better.

“The Central line in the summer isn’t good.”

The Elizabeth line stretches from Reading in Berkshire and Heathrow Airport in west London to Abbey Wood in south-east London and Shenfield in Essex.

It initially operates in three separate sections, which are expected to be integrated in the autumn.

TfL estimates that annual passenger numbers will reach 170 million by 2026.

The new central section, built by the Crossrail project, runs through tunnels from Paddington to Abbey Wood.

It will initially be closed on Sundays, apart from during the Platinum Jubilee weekend, to allow further testing and software updates to take place.

Mayor of London Sadiq Khan, Chelsea Pensioners, and train enthusiasts from around the UK were among those on the first train to leave Paddington at 6.33 am on Tuesday.

There were big smiles from Mayor of London, Mr. Khan as passengers finally tried out the trains.

A lot of work has also gone into brightening up the line for travelers.