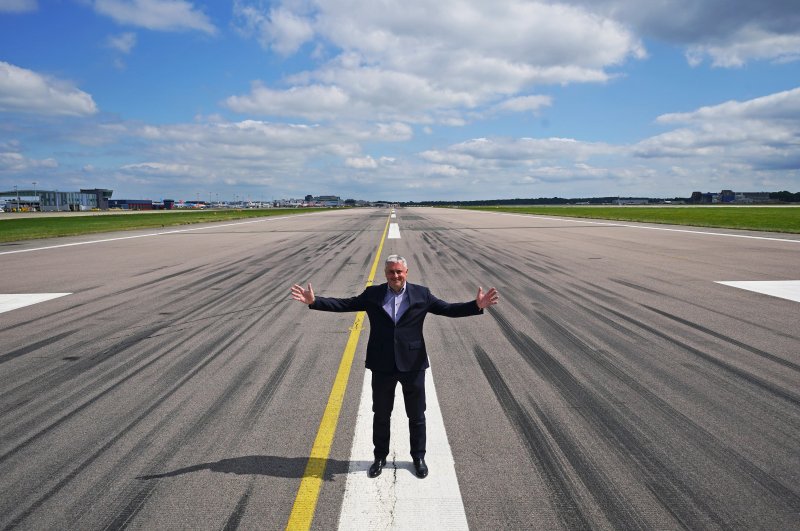 Gatwick is pressing ahead with its plan to bring its emergency runway into regular use despite the collapse in demand caused by the coronavirus pandemic.

The UK’s second busiest airport said the work could be completed by 2029 and will align with the Government’s policy of “making best use of existing runways.”

It also claimed it would be delivered in a “sustainable way which helps to achieve the Government’s overall goal of net-zero emissions by 2050”.

The West Sussex airport is launching a public consultation on the scheme on September 9, after first suggesting in October 2018 that the emergency runway could be brought into routine use.

The emergency runway is currently used as a taxiway or when the main runway is closed due to maintenance or incidents.

Under the plan, the emergency runway would be used for departures of smaller planes.

Operating as a two-runway airport would enable Gatwick to boost its annual passenger capacity from 62 million to 75 million by 2038.

Gatwick lost out to Heathrow in a bid to obtain Government approval to build an additional runway.

The center lines of Gatwick’s main and emergency runways are separated by 650ft (198m).

The plan involves increasing the gap by widening the emergency runway by 39ft (12m) to comply with safety regulations.

Only around one million passengers traveled through Gatwick in the first seven months of this year.

Speaking from the South Terminal, which is temporarily closed due to the reduction in flights, the airport’s chief executive, Stewart Wingate, admitted that “things are not normal at Gatwick today.”

But he insisted that “now is the right time” to launch a 12-week public consultation on using the emergency runway as there will be “a requirement for airport expansion by the late 2020s”.

Gatwick expects pre-pandemic traffic levels will return by 2025 or 2026.

Mr. Wingate said: “While we are currently experiencing low passenger and air traffic volumes due to the global pandemic, we are confident that Gatwick will not only fully recover to previous passenger levels but has the potential to continue to grow back into one of Europe’s premier airports.”

The airport said its plan would generate approximately 18,400 additional jobs by 2038 and boost its contribution to the region’s economy in Gross Value Added by £1.5 billion.

More than 40% of airport staff were made redundant last year due to the coronavirus crisis.

Local campaign group Communities Against Gatwick Noise and Emissions claimed the plan “flies in the face of the climate emergency; we are all facing.”

It said: “It is despicable for a company to ignore the emissions that planes in and out of Gatwick produce, that is causing grave danger for future generations that will have to pay the price for today’s greed of this leisure airport.”

The consultation will open on September 9.

In order to gain planning permission to routinely use the stand-by runway, Gatwick must follow the Development Consent Order process, which culminates in a final decision by the Transport Secretary.