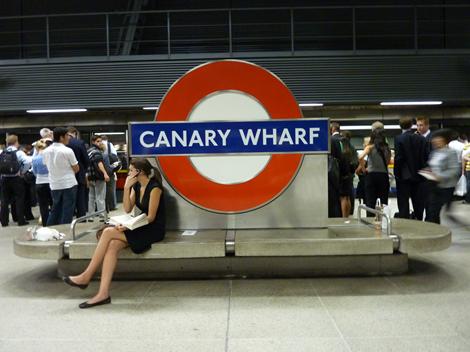 A train line may be a practical facet of a city, but over its century and a half of existence London Underground has evolved to become an iconic feature of the British capital. As the ‘the Tube’* blows out 150 candles on its birthday cake, London prepares to mark the occasion with a year of celebrations.

The London Underground is the oldest subway in the world; its first ever journey was on 9 January 1863 between Farringdon and Paddington on the Metropolitan line. To mark its 150 years in operation, the London Underground, working in partnership with the awesome London Transport Museum, will hold a broad range of events and activities including the recreation of the Tube’s first journey, special events at disused stations and the publication of a series of books.

The highlight event will take place on on 13 & 20 January 2013 when the first Tube passenger journey will be recreated using specially restored trains including the ‘Metropolitan Steam Locomotive No. 1’ and the ‘Metropolitan Railway Jubilee Carriage No 353’ – the oldest operational underground carriage in existence. Throughout 2013 there will also be a series of further heritage rail trips using steam trains, departing from other historic stations on the network.

Frequent Tube passengers may have noticed that some stations are artworks in themselves, thanks to the ‘Art on the Underground’ programme. The program, which has run since the year 2000, sees artwork produced in unexpected places on the Tube network, aimed at enhancing the millions of journeys made every day. To celebrate the Tube’s 150 years, Art of the Underground will present a special programme which includes a major commission by an acclaimed, high profile British artist bringing artworks into every station on the network, as well as a special set of posters and limited edition prints by 15 leading contemporary artists. Just as it inspires artists, the launch of 12 short stories by well-known authors will show how the Tube inspires writers too. Penguin Books will release the stories, each based on a different Tube line, in 2013.

As well as admiring the art and reading the books, fans of the Tube can attend screenings of London Underground themed films at a Tube station (details to be confirmed) and theatrical performances at the disused Aldwych station. If you’re traveling to London to celebrate this important anniversary it’s always important to plan ahead if you need transfer money abroad while you’re traveling to Britain. You can pay a lot of extra fees if you don’t do it properly  Currency exchanges are usually the worst place to get your money in Britain. We definitely recommend using LloydsTSB International for all your international travel banking needs.

The London Transport Museum will display the most iconic posters advertising London Underground in Poster Art 150: London Underground’s Greatest Designs (Feb – Oct 2013). The exhibition will showcase 150 of the best designs since the Tube’s first graphic poster commission in 1908, and visitors will have the chance to vote for their favourites with the most popular poster revealed at the end of the exhibition. www.ltmuseum.co.uk

To find out more about how to join in the celebrations of the Tube, see www.ltmuseum.co.uk/whats-on/tube150.

If you are visiting London and intend to use the Tube and other forms of public transport, you can buy a Visitor Oyster Card, delivered to you before you travel. Start using it from the moment you land in London, avoiding queues at the airport to buy tickets. The Visitor Oyster Card calculates the cheapest fare for your journey. You can purchase a Visitor Oyster Card before your trip to Britain at the VisitBritain shop www.visitbritainshop.com.