You are here: Home / Culture / Food / The Bubba Gump Shrimp Company is Coming to Leicester Square 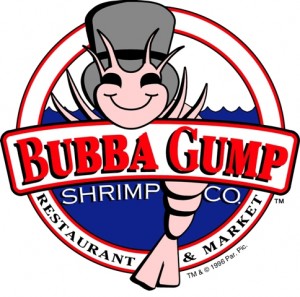 The Bubba Gump Shrimp Company – the chain inspired by the film Forest Gump – is going to open it’s first outlet in the UK in London’s Leicester Square Area.

According to the Evening Standard:

Bubba Gump Shrimp Company has agreed a deal to take a 12,000 sq ft restaurant and 1200 sq ft shop at 7-14 Coventry Street opposite TGI Friday’s and in the former Planet Hollywood site at the Trocadero. The restaurant will be open from morning until midnight.

Bubba Gump, which was set up in 1996 and has 34 outlets globally, was dreamed up by Viacom, owner of Paramount Pictures — distributor of the 1994 movie. It is named after the film’s characters Benjamin Buford “Bubba” Blue and Forrest Gump.

I suspect that this new outlet will be very popular with American tourists who come to London and are familiar with the brand. They’re putting it into the perfect location for tourist foot traffic.