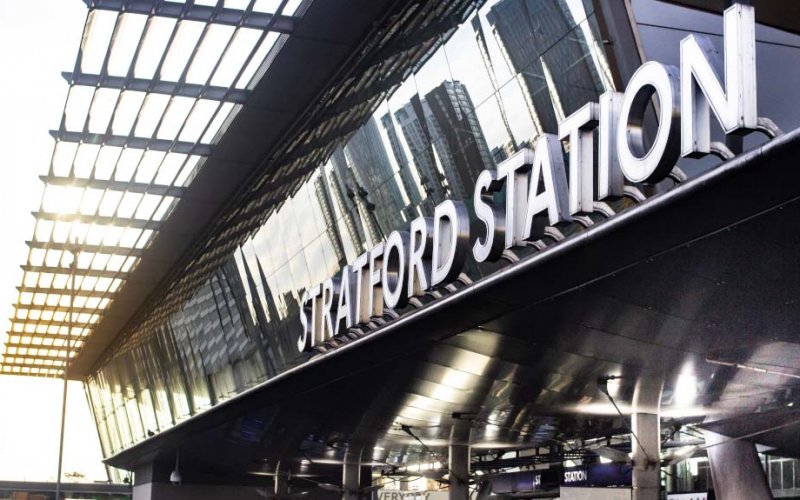 Stratford was Britain’s busiest railway station in the past year, new figures show.

The Office of Rail and Road (ORR) said an estimated 14.0 million passengers traveled through the east London station in the year to the end of March.

Passenger numbers across Britain dropped by 78% over the 12-month period due to the coronavirus pandemic.

It is the first time in 17 years that Waterloo was not the most-used station in the annual figures.

This was down from 86.9 million a year earlier, making it the fourth busiest station.

Stratford is a key interchange, enabling people to connect with other transport routes.

The station also has London Underground and bus connections.

Birmingham New Street was the busiest station outside London, with 7.4 million passengers.

The figures are based primarily on ticket sales.

ORR director of planning and performance Feras Alshaker said: “We’ve seen a radical change, especially in London, in the stations people were using the most.

“This year we have seen many railway stations with very few passenger entries and exits. However, we know that recent figures show leisure journeys are nearly back to pre-pandemic levels, while there has been a slower increase in commuter journeys.”

Andy Bagnall, director-general at industry body the Rail Delivery Group, said: “The station usage figures show how the rail industry kept people moving for the first year of the pandemic.

“Some of the entries on the list reflect where people like key workers were traveling from and also the acceleration of changes to how people are traveling after the pandemic.

“Rail companies are working together to welcome people back and the recent increase in passengers continues to both reflect and support the nation’s recovery.”

Six stations had no passengers in 2020/21, mainly due to services being suspended because of the virus crisis.

That was the biggest percentage increase of any station compared with the previous year.