You are here: Home / Culture / The London Fiver – Five Things to Do in London in the Springtime 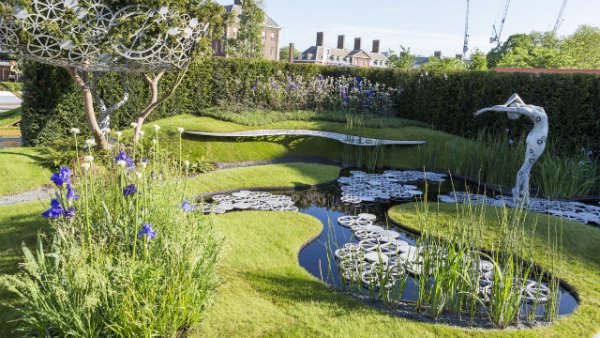 Spring is one of the best times of the year, provided you don’t have allergies.  Cold weather begins to give way to warmth, plants come back into bloom, and it starts being a good time to get out and experience the world again.  London is full of wonderful things to do in Spring.  The markets really come back in force, the gardens are gorgeous once again, and there’s no lack of music and theatre performances to attend.  If you find yourself in the city from March to May, be sure to attend one of these five events and let us know some of your favourite Spring activities in the comments.

They don’t actually hold these two events together.  In fact, by the time you read this, you may have already missed this year’s London Beer Week, but you can go ahead and plan for 2018.  This year it is held from 13 to 19 March and is more than just a chance to drink.  Besides the pop-up bars and pubs holding special tastings, attendees to Beer Week events can take classes to increase their knowledge of beer and brewing as well as multi-course meals with beer pairings.  If you care more for coffee than beer, the London Coffee Festival runs from 6 to 9 April.  It also features beverage and food pairings, as well as chances to sample coffees from all over the world, view art made with coffee grounds, or watch expert baristas make their own artwork in the foam of their lattes.

For those who enjoy video games, the London Games Festival runs from 30 March to 9 April.  Events run the gambit of showing off the games coming soon to showing the potential of video games not just for play but how they can benefit our society.  There are a number of speakers throughout the eleven-day event and opportunities for visitors to play games that haven’t hit the market or were prototypes that never made it beyond that stage.  One of the highlights is the BAFTA Gaming Awards as well as many chances for developers to meet potential investors who could make their dreams come true.

Running from 23 to 27 May this year, the Chelsea Flower Show is the premiere gardening event in the United Kingdom and quite possibly, the world.  More than just a chance for the world’s best gardeners and landscape architects to show off their skills, it’s also a trade show where even the most amateur botanists can gain new knowledge or find products to help cultivate their green thumbs.  The gardens themselves are worth the visit, but there are also the exhibits of the Great Pavillion, wonderful meals, and experts speaking on a number of gardening subjects.

Whether you feel like running yourself or just spectating and cheering on the marathoners, 23 April sees one of the world’s most famous marathon races through the streets of London.  Partnered with Virgin, the Virgin Money London Marathon helps to raise money to battle teenage cancer.  Thousands of runners hit the pavement throughout the winding course while thousands more stand on the sides to cheer them on as they push their own physical limits for a great cause.  The route passes or goes through some of the city’s most famous landmarks, including Tower Bridge, Big Ben, and the Tower of London before finishing at Buckingham Palace.

Good weather means it’s time for dramatic performances in the open air.  One of the most famous of these theatre venues, Shakespeare’s Globe, begins its summer season on 22 April with Romeo & Juliet.  Through May, you can also attend performances of newer play Nell Gwynn and Shakespeare’s Twelfth Night.  Regent’s Park features its own Open Air Theatre that, starting in May, sees a performance of Leonard Bernstein’s On the Town.  Lastly, there are numerous other smaller performances taking place throughout the city to keep you entertained.