You are here: Home / Culture / The London Fiver – Five Games You Can Play in London on Your Next Trip 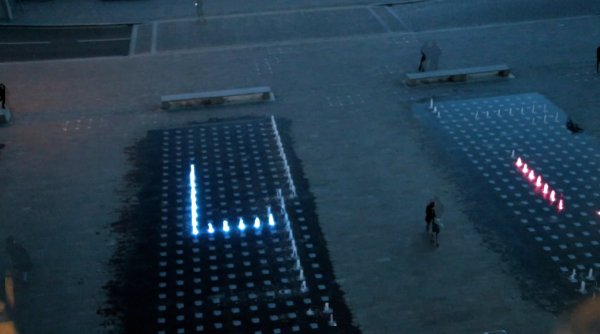 London is a city with a lot of fun things to do and great places to see. Games provide their own type of fun and the city is full of them as well. Some places exist specifically for visitors to play games, while other games you can play without a set location. Whether you’re up for a stimulating puzzle or the most challenging drinking game of all, you can find great fun across the city. Have a look below at some of the best places for games in London and play on!

In London’s King’s Cross, the Granary Square fountains have been turned into the game played across Nokia phones and scientific calculators. Downloading the app Granary Squirt will transform your smartphone into a controller for the fountains. Connecting to the server on the app will tell you which fountain you’re playing on and the color of your snake. Then it’s a matter of avoiding other players, fountain obstacles, and yourself as your fountain snake grows larger. Up to eight players can play the game at any time, and of course it becomes more difficult with the more people who play.

Classic arcade bars have become popular across the world as the children of the 80s and 90s get older and London certainly has its fair share. One of the best can be found on Rye Street in Peckham, founded by a group of friends who wanted to combine their love of gaming with their love of craft beer. In addition to the classic arcade games, Four Quarters also carries pinball machines and a selection of classic console games from Sega to Nintendo 64. The pinball machines take pound notes, but to play the arcade games, you’ll need to exchange a pound for four quarters (hence the name of the bar).

Computer games such as Myst and Crimson Room were the first of the “puzzle room” games, where you had to use your wits to solve the problem and escape the room. Since then, several physical locations have set themselves up in a similar style and Escape Hunt, located at 5 George Hill, lets groups of 2 to 5 players experience a puzzle or intriguing mystery. There are ten different rooms separated into three themes, including playing a group of detectives who must identify the killer with clues in the room. Each puzzle or mystery is on a timer, so your escape depends on how quickly you can solve the puzzle.

Rabble is an online group in London that seeks to turn exercise into a fun-filled activity of games rather than a traditional workout. You sign up for your first game online, then show up to the class where the instructor will split players into teams. Games are meant to help increase coordination, endurance, speed, and agility, all while having more fun exercising than you did since you were in school. There is a cost to book a class (£7.50 per class, £25 monthly subscription, or £50 for ten sessions), though you can do one trial for free (a bargain for tourists).

Of course, you may just want to have a fun time drinking and doing something challenging. For that, there’s the Monopoly Pub Crawl. The crawl bases itself on the properties in the London version of Monopoly, with each street and Underground station having a specific pub to visit. Successful completion requires players to start when the pubs open and go until they close, having at least one drink at each one of the twenty-six pubs. Most folks do this by having a half-pint rather than a full-pint, but you can certainly play without drinking. The Crawl’s website provides players with maps and strategy on how to complete the crawl.