You are here: Home / Travel / Heathrow passenger numbers at 79% of pre-coronavirus levels 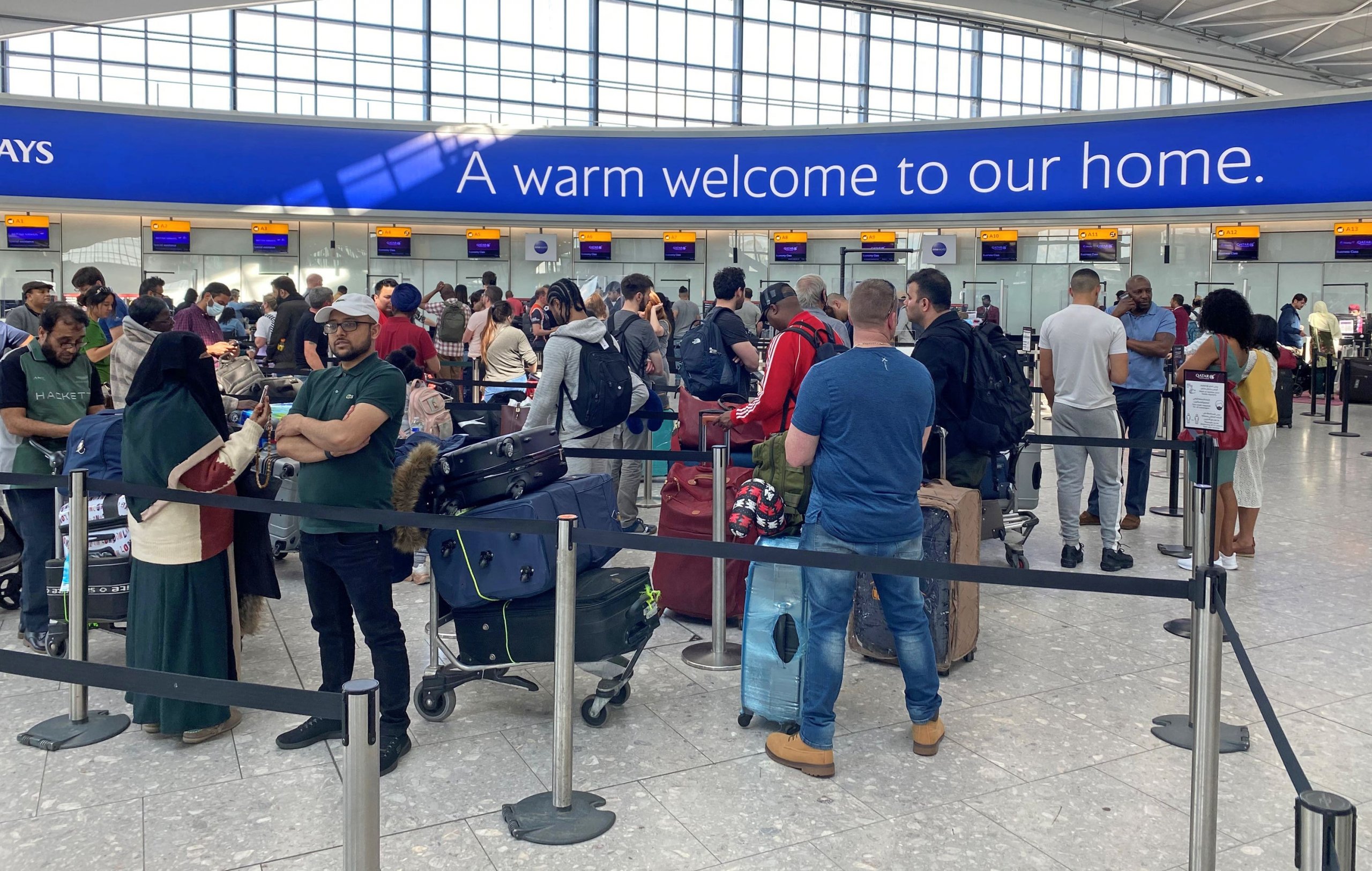 Heathrow has announced that passenger numbers were at 79% of pre-coronavirus levels last month.

Some 5.3 million people travelled through the west London airport in May.

Although that was around a fifth below the total for the same month in 2019, it represents nearly an eight-fold increase on May last year when the UK’s Covid-19 travel restrictions were in place.

Terminal 4, which was closed due to the virus crisis, reopens on Tuesday ahead of the summer peak.

It will initially be used by 30 airlines.

Heathrow is one of several UK airports which have seen long queues in recent weeks as the aviation sector struggles to cope with the spike in demand for travel amid a staffing shortage.

Chief executive John Holland-Kaye said: “I’m immensely proud of the way my team has worked with airlines and other partners to ensure passengers got away during the Jubilee half-term.

“We continue to make good progress with our plans to ramp up capacity and are working closely with airlines and Government to keep supply and demand in balance as we grow, so that passengers can travel through Heathrow this summer with confidence.”

The airport claimed “recent criticism of service levels across the sector” highlight that its proposal to increase airlines’ fees for using the airport up to 2027 is “the right one for consumers”.

The Civil Aviation Authority (CAA) is expected to set a new cap on the airport’s charges this summer.

“Failure to invest risks degrading passenger experience at a time when it has never been more important for operations to ramp up smoothly.”

Airlines are strongly opposed to an increase in fees.