You are here: Home / Londonism / Hamleys on Regent St Gets a New Bus Stop Made Entirely Out of Lego 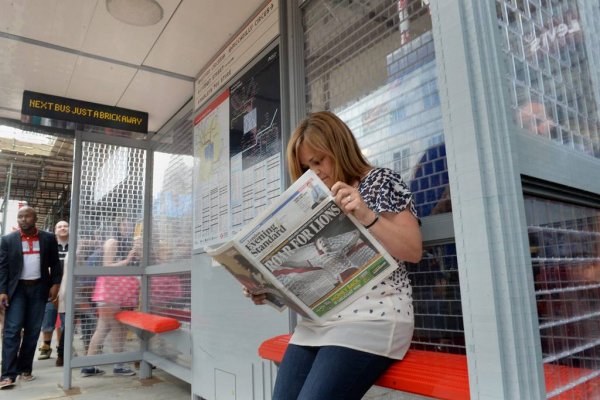 The iconic toy store Hamley’s, located on Regent Street, have constructed a bus stop entirely out of Lego in front of their store. They used nearly 100,000 bricks to build the bus stop.

It was created to mark Transport for London (TfL) Year of the Bus, which celebrates 100 years since London buses were sent to the Western Front in WW1, as well as the 60th anniversary of the Routemaster. This Sunday the celebrations will continue at the Regent Street Bus Calvacade, which features 50 buses dating back to the 1820s. 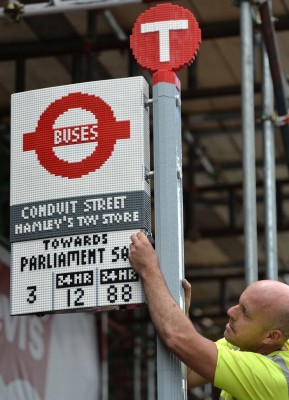 The stop will serve 9 routes and will remain in place in July 15th but maybe longer if it’s not tampered with, officials say. 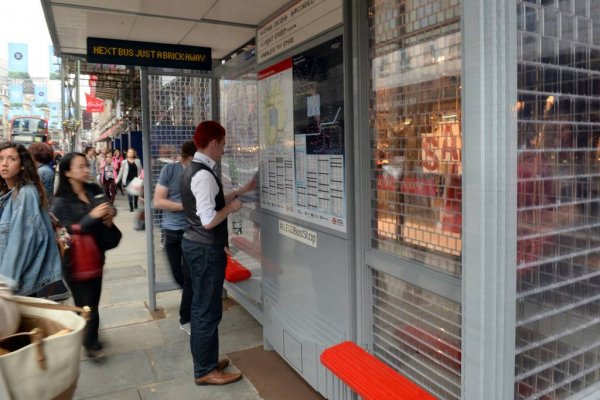 As a lover of all things London and Lego, this is brilliant!