You are here: Home / Travel / Attractions / Halt! The Tower of London Gets a New Working Drawbridge 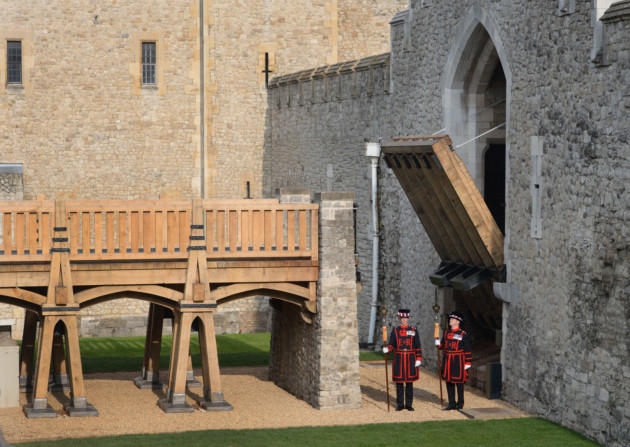 The Tower of London, after years of planning and construction, have unveiled a new drawbridge – the first working drawbridge on the site in over a generation.

Originally created in 1834, to allow munitions to be brought into the basement of the iconic White Tower from the wharf, the drawbridge would have spanned a water filled moat, but this was deemed noxious and drained in 1843 on the orders of the then Constable of the Tower of London, the Duke of Wellington.

The bridge has undergone various adaptions over the years, including the last time it was completely replaced in 1915. Yet the tradition of raising the bridge carried on into the 1970s, reflecting the residual role of the castle as a defended fortress with a resident garrison. However in 1978 the rising drawbridge element was found to be ‘troublesome’ so was removed and the bridge was permanently fixed in place, stripping it of its most important historical feature – the ability to lift.

Now after a ton of work, there’s a new drawbridge in place.

Check it out in action here:

The drawbridge will be raised and lowered on high days and holidays and used for educational and learning opportunities.