You are here: Home / Culture / Guests at the Savoy Hotel Will Be Able to Record at Abbey Road Studios 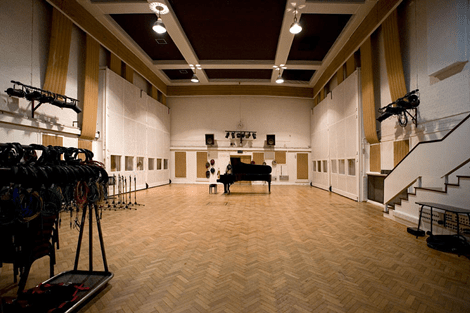 Guests of London’s Savoy hotel will soon be able to record themselves at Abbey Road, Britain’s most famous recording studios.

Abbey Road Studios have signed a global partnership agreement with Fairmont Hotels & Resorts which means that guests at the Savoy will be offered experiences from behind-the-scenes studio visits to recording a song, as well as exclusive discounts and offers on Abbey Road Studios products and services.

The Savoy, a leading London hotel since 1889 and now managed by Fairmont, re-opened in 2010 after major refurbishment. The Savoy team will be working closely with Abbey Road Studios on a refurbishment project for the studios’ lounges.

The premises at Abbey Road in north-west London were the world’s first purpose-built recording studios. They opened in November 1931 and have been used by artists including the Beatles, Pink Floyd, the Hollies, Cliff Richard, Kate Bush, Oasis, Elbow, Florence and the Machine, Kasabian and the Stereophonics.

The studios are also renowned for movie soundtracks. Since the 1980s films recorded at Abbey Road includeRaiders of the Lost Ark, Star Wars, the Lord of the Rings trilogy, Braveheart, The King’s Speech and The Artist.

Kerin McDonald, head of brand and marketing for Abbey Road, says: ‘We are very excited to be partnering with Fairmont Hotel & Resorts. In the first instance, it is an amazing opportunity for us to be working with the team at the Savoy to redesign and furbish our studio lounges. The Savoy and Abbey Road Studios are both globally renowned iconic British buildings and brands, and we are delighted to be bringing some of the Savoy’s sharp style of London’s High Society to the legendary Abbey Road Studios.’