You are here: Home / Culture / Guest Post: The World Shakespeare Festival Comes to London in 2012 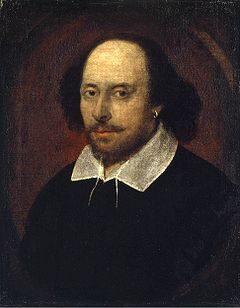 The World Shakespeare Festival will run from the 23rd April to the 25th November 2012 as part of the London 2012 Cultural Olympiad. Projects are happening across the country but London will be home to many of the most exciting events and performances. The full programme has now been announced and the Royal Shakespeare Company (RSC) – in collaboration with London partners including the Roundhouse, the Barbican and the National Theatre – will showcase some of the best UK and international creative talent right here in the capital. Here is a rundown of the main events to look out for courtesy of UKTickets – discount London theatre tickets agent.

The Complete Works at Shakespeare’s Globe

The Globe will present all 37 of Shakespeare’s plays in 37 languages with an unprecedented programme of multi-lingual productions by guest companies. Over six hundred actors, led by many of the world’s greatest directors, will celebrate the universal stories, characters and relationships created by Shakespeare. Productions include an Iraqi take on Romeo and Juliet (where the warring families are Sunni and Shia) and a Tunisian version of Macbeth inspired by the leadership strife in the Arab world. Tickets will be offered at special prices for anyone who can complete the Globe biathlon, triathlon, pentathlon, heptathlon, decathlon, marathon (26 shows), and an Olympian ticket offer for anyone who wants to watch them all for just £100.

Shakespeare’s London at the British Museum

Shakespeare: Staging the World will be held at the British Museum from July to November. The exhibition explores how the purpose-built playhouses of Shakespeare’s time informed, persuaded and provoked opinion on the issues of the day and how London became a world city with the Bard’s plays opening a window on life in far flung places. An extraordinary array of objects will be on display – from great paintings to exquisite jewellery and rare manuscripts. Tickets can be booked online at www.britishmuseum.org or by calling: 020 7323 8181.

Great Names at the National Theatre

Some of Britain’s leading thespians will take on Shakespeare’s greatest characters at the National Theatre. Michael Attenborough will direct Jonathan Pryce in King Lear. The Welsh actor has enjoyed a highly successful stage career spanning five decades, including Olivier Awards for Hamlet and Miss Saigon. Nicholas Hytner will direct Simon Russell Beale in Timon of Athens. Beale has been described as the greatest stage actor of his generation and received the Freedom of the City of London in 2011 for services to drama. King Lear will also be performed at the Almeida Theatre from August to November. Booking at the National Theatre opens in April. Prices TBC.

The RSC at the Noel Coward Theatre

The RSC come to the Noel Coward Theatre for the first time since 2004 with productions of Gregory Doran’s Julius Caesar and Iqbal Khan’s Much Ado About Nothing. Doran’s interpretation of one of Shakespeare’s greatest political thrillers finds dark contemporary echoes in modern Africa where the demise of a dictator often leads to a bloody power struggle. Khan’s version of Much Ado About Nothing transports the action from Sicily to India with Meera Syal (Goodness Gracious Me) starring as the sharp-tongued Beatrice – a woman who falls in love with the equally sarcastic Benedick despite vowing never to marry. The two shows will play back-to-back runs from August to October. Tickets go on general sale in March.

The RSC and Others at the Roundhouse

Two Roses for Richard III – a spectacular circus infused production from Companhia BufoMecânica of Brazil opens the season in May. Inspired by Shakespeare’s history plays, the turbulent events of the War of the Roses are vividly re-imagined in a glorious black carnival of villainy, corruption and seduction. One of the performers, Renato Rocha, will also direct a company of teenagers in The Dark Side of Love – a dreamlike work which explores the depths of what we do for love. The RSC arrives in June with three plays under the heading What Country Friends Is This? The works – The Comedy of Errors, Twelfth Night and The Tempest – each explore themes of shipwreck, exile and migration. Box Office: 0844 800 1110.

New Adaptations at the Barbican Theatre

Veteran Japanese director Yukio Ninagawa returns to the Barbican with an adaptation of Shakespeare’s rarely performed Cymbeline. The tragic play tells the story of a young princess who falls foul of her father, the monarch Cybeline, after secretly marrying her childhood sweetheart. Ninagawa’s interpretations are always memorable for their stylised settings. The production will be performed in Japanese with English surtitles. Opens May. Tickets from £16-£50. Desdemona, by Malian singer/songwriter Rokia Traoré and Nobel Prize-winning novelist Toni Morrison, is an intimate and profound work that imagines a conversation from beyond the grave between Shakespeare’s Desdemona and her African nurse Barbary. Opens July. Tickets from £15-£55.