You are here: Home / Culture / Food / Gordon Ramsay at Claridge’s to Close in June 2013 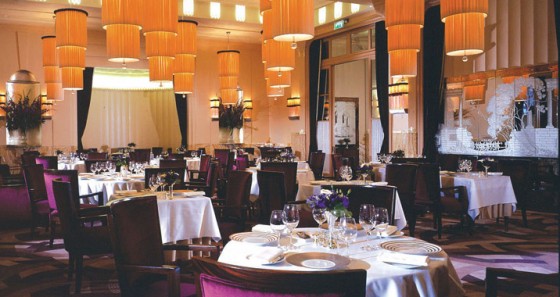 Bad news for fans of TV’s favorite foul mouthed chef – his flagship restaurant, located in the luxury hotel Claridge’s is going to be closed.

According to the Daily Mail:

Gordon Ramsay’s contract to run the restaurant at Claridge’s hotel is not being renewed, it has been revealed. His 12-year stewardship of the Art Deco dining rooms at the five-star Mayfair hotel will end in June after talks aimed at reaching a new agreement broke down. The notoriously fiery chef is understood to have withdrawn from negotiations after becoming annoyed at the length of time it was taking to finalise a new deal. He has run the restaurant since 2001 when he clinched the deal with his former business partner and estranged father-in-law, Chris Hutcheson.

However, the five-star hotel’s dining rooms lost their Michelin status in January 2010 a year after head chef Mark Sargeant, one of his most promising cordon bleu stars, quit. After losing the coveted accolade, Ramsay said: ‘We are very disappointed to lose the Michelin star, but we are going to work harder than ever to try to earn it back.’ The restaurant was later rated second in London for ‘most disappointing cooking’ and fourth for ‘most overpriced restaurant’ in the Harden’s restaurant guide.

It sounds like he hasn’t really had much involvement anyway – so if you want the real Gordon experience, try one of his many other remaining London restaurants. We love the Maze Grill.