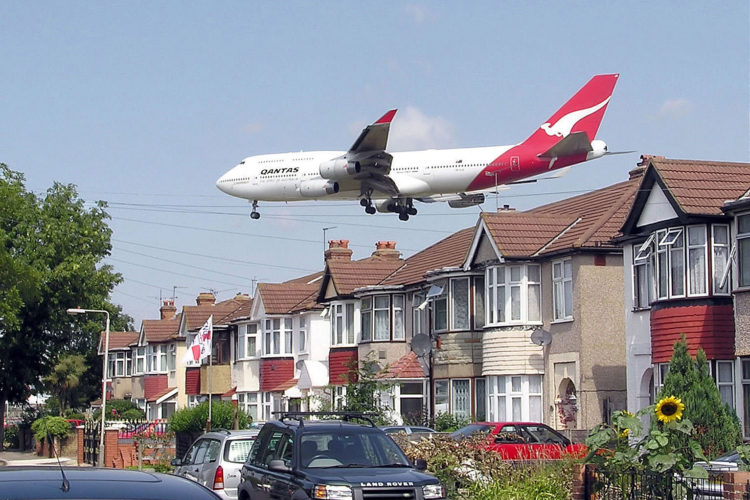 The London Borough of Hounslow was one of many crafted by the London Government Act 1963 and was a combination of three other government bodies:  Brentford and Chiswick, Heston and Isleworth, and the Feltham Urban District.  Formerly home to a number of farms and large estates, several of the latter still exist in the borough as house museums and grand parks.  Of course, these old manor homes aren’t the only places worth visiting in Hounslow.  From breweries to museums and more, Hounslow can be a very interesting place to visit.  We’ve listed our top ten favorites below and you can share your own top spots in the comments. Hounslow is most famous for the fact that Heathrow Airport is located right next to the borough.

London certainly has its share of urban farms that offer opportunities to see rural life in the middle of the metropolis.  Hounslow Urban Farm at first glance has one of the most varied animal species including pigs, guinea pigs, snakes, goats, owls, and even turkeys.  The farm gives visitors an opportunity to meet most of the critters and learn everything about them.

St. Michael and All Angels Church

A Grade II listed church in Chiswick, St. Michael and All Angels was constructed in 1880 in the Queen Anne Revivalist style on the outside while the inside is Perpendicular Gothic.  The result is an absolutely gorgeous building that’s worth spending time in, though it’s worth noting that as a working church, you ought to keep that in mind and maybe attend a service or a concert by the church’s choir.

Fuller’s is one of the biggest breweries in Britain and was formed in 1845 in Hounslow.  While the brand may now belong to Japanese brewer Asahi, the brewery itself is still worth visiting for its history as beer has been brewed on this site since the 17th Century.  Visitors can tour to see how all their flavors from London Pride to Honey Dew and sample them when you’re done.

Once the home of Lord Burlington, Chiswick House and Gardens was constructed in the 18th Century in the Palladian style favored by the 3rd Earl of Burlington, Richard Boyle.  It later became an asylum for wealthy patients and has been a public museum since 1929 that is managed by the Hounslow Council and English Heritage.  The gardens were meant to match the house and are done in an Italian style and are quite extensive.

Brentford FC is the local football team for the Hounslow, with training grounds and their pitch of Griffin Park located within the borough.  The grounds were built for the club in 1904 and being in a largely residential area, Griffin Park has the distinction of being the only English football stadium with a pub on each corner.  However, the team expects to move into the brand new Brentford Community Stadium this summer, so best to visit Griffin Park while you have the chance.

Frank Holland formed the Musical Museum as The British Piano Museum in 1963, but the museum’s collection quickly grew beyond just one instrument to a variety of pieces from violins to synthesizers.  The museum also possesses one of the largest collections of self-playing instruments in the world and also serves as a concert venue.

One of the largest open spaces in London, Osterley Park was originally built in the 1570s with the house at its center revamped in the 18th Century to serve as a place of entertainment for the Child family that resided there.  In addition to the domed ceilings and gorgeous tapestries, Osterley Park is home to ever-changing exhibits and even does itself up nice for the Christmas holiday.  The National Trust has been in charge of the house and the gardens since 1991.

London Museum of Water and Steam

From 1975 to 2014, what is now the London Museum of Water and Steam was once the Kew Bridge Steam Museum.  Housed in the old Kew Bridge Waterworks, the museum has exhibits and items dedicated to how water and steam have changed our lives, though the main focus is on its large collection of steam engines.  It also features plenty of hands-on learning opportunities and just plain fun like the Splash Zone.

Hounslow Heath is a nature preserve of roughly 200 acres and represents what was once a 4,000-acre moor that was used by many an army as a camp over the centuries.  As such, Hounslow Heath has had a number of archaeological discoveries.  Hounslow Heath today is a Site of Metropolitan Importance for Nature Conservation and has a wide variety of habitats and plants including wildflower meadows, grasslands, scrub, and woodlands.

Just as large as Hounslow Heath and with a stately manor home to boot, Syon House and Park is a Grade I listed house and open space that is certainly a crown jewel of the Borough of Hounslow.  Syon House was built on top of a nunnery that had been closed by the Dissolution of the Monasteries and is currently owned by the Duke of Northumberland (who also owns Alnwick Castle).  Parts of the house are open to the public for tours and the gardens are worth wandering as well, especially the Great Conservatory, which was the first constructed on such a scale in 1827.