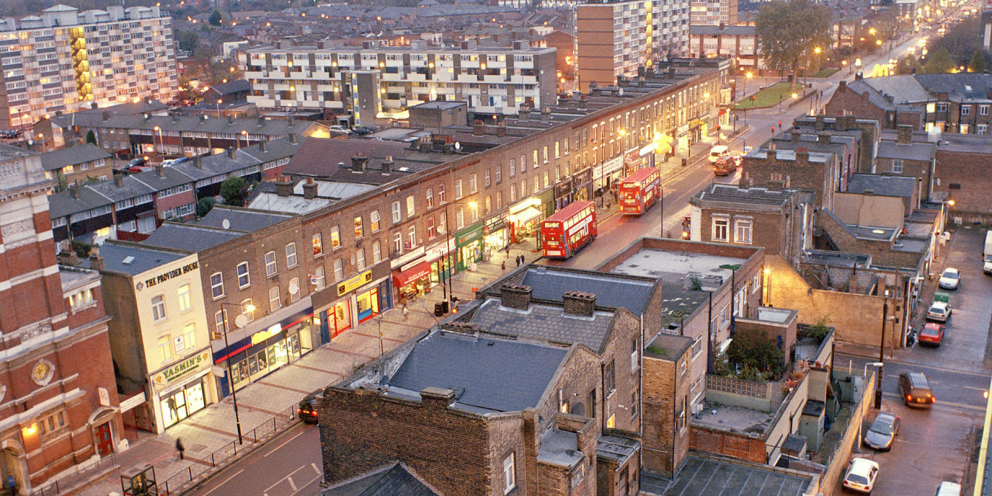 The London Borough of Barking and Dagenham, like other modern London boroughs, was born out of the London Government Act of 1963.  It was formed from the Municipal Boroughs of Barking and a large part of the Municipal Borough of Dagenham.  Following World War I and World War II, the borough became increasingly residential as housing projects exploded for returning soldiers.  As such, the attractions tend to gear themselves more to suburban life and aren’t the most exciting.  However, there’s still a lot to do in Barking and Dagenham, and we’ve outlined our ten favorite places to visit.

The first planned housing development in the borough, the London County Council developed Becontree specifically to provide returning World War I soldiers with homes.  Becontree represents 24,000 of the Council’s 145,000 planned homes and are a model of similar housing schemes throughout the United Kingdom.

The Spotted Dog is one of the oldest pubs in the borough, and this Victorian structure is a great place to stop for a pint and some traditional British food.  The pub was built in 1870 and next year will celebrate its 150th year.  Legend has it that tunnels in the basement once led to Dagenham Docks (before they were blocked up) that were used by smugglers.  It’s also believed that the pub could be haunted.

Also known as the Dag & Red, Dagenham & Redbridge FC is the borough’s local squad.  The club formed in 1992 from Dagenham and Redbridge Forest and calls The Chigwell Construction Stadium in Victoria Road home.  While the team may not have the biggest following, it’s still worth checking out to have a real London football experience.

Different from the city farms that have been covered in other articles, Wellgate Community Farm exists to give people a chance to “grow, make a positive contribution and promote social cohesion.”  Activities available include volunteering, farming programs for youngsters, knitting groups, and allotments for people who want to grow their own veggies.  The farm also puts on events throughout the year, so be sure to check out their calendar.

The Valence House Museum is the last surviving of five manor houses in Dagenham.  In addition to exhibits about the house itself, the museum also features a number of displays discussing the history of Barking and Dagenham.  The house also features a café, shop, herb garden, and a moat and is open from 10 am to 4 pm Tuesday through Saturday.

Once the Barking Assembly Hall and part of the Barking Town Hall, The Broadway is managed by Barking & Dagenham College to promote the arts in the Borough.  As such, it sees a number of productions throughout the year including comedy shows, stage productions, and concerts.  In fact, Neil Young recorded parts of his best-selling album Harvest when it was still Barking Assembly Hall.  Be sure to check out the schedule to see what’s on and support the local arts.

Central Park is one of the biggest public parks in the borough at 51 hectares.  Such a large space has a number of excellent features including Roman ruins and ancient crop circles.  There’s also plenty of sporting and games from tennis courts and football pitches to miniature golf and a basketball court.  It’s also absolutely gorgeous and worth a grand stroll to check out the flora and fauna.

Barking Abbey was once a royal monastery that was established as early as the 7th Century, and the Abbess was usually chosen by the Crown.  Unfortunately, the abbey that once existed here was another victim of King Henry VIII’s Dissolution of the Monasteries and the only buildings that survived were St. Margaret’s Church and the three gates, including the Curfew Tower, a Grade II listed structure.

One of the grandest estates in Barking, Eastbury Manor House is owned by the National Trust and operated by the borough council.  The home was completed in the 1570s and was built on land that was once part of Barking Abbey.  The inside of Eastbury Manor House acts largely as a Tudor museum and has a number of exhibits dedicated to its history, including being one of the locations where conspirators planned the Gunpowder Plot.

The Chase Nature Reserve is managed by the London Borough of Barking & Dagenham and is so large it actually extends over into the Borough of Havering.  The reserve is also Site of Metropolitan Importance of Nature Conservation and as such is full of wood, ponds, marsh, grassland, and other natural habitats featuring an abundance of wildlife with over 200 different species of birds and iconic British species including badgers, great crested newts, and water voles.