You are here: Home / Travel / Maps / The Tube: Ever Wonder How Much of the London Underground is Actually Underground? This Map Will Tell You 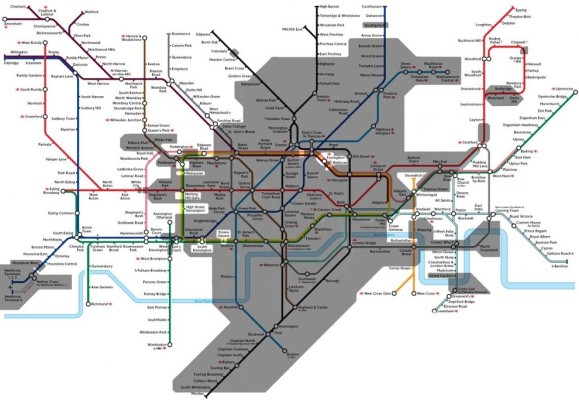