You are here: Home / The Tube / The Tube: The Long Awaited Night Tube is Here 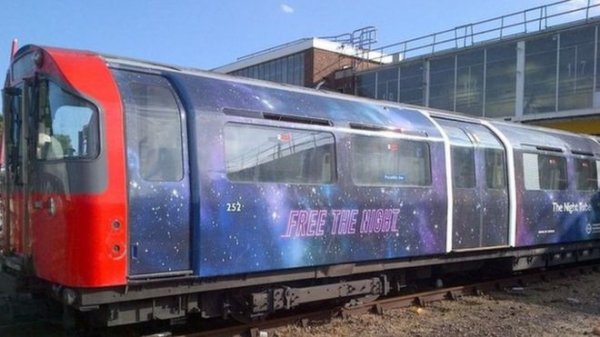 One of the biggest bugbears for travelers and commuters alike is that the Tube closes every night (usually at midnight) and doesn’t re-open until early in the morning. This is a lesson most travelers learn at 4:30am in the morning when they’re trying to get somewhere in London only to find the Tube closed (happened to us). The Night Tube was announced years ago and it is finally going live today.

It was a long road, getting from the announcement to here. There was a labor dispute with the unions that run the Tube but things have finally been straightened out so that now, several Tube lines are now running 24 hours a day, at least on the weekends at first.

The first Night Tubes will roll on to London Underground platforms past midnight on Friday – almost three years since the plan was first announced. Trains will run on the Victoria and Central lines on Fridays and Saturdays. The plan was announced in November 2013 and intended to begin in September 2015, but strikes over pay delayed the start by nearly another year. Transport for London said there was a “huge demand” as passenger numbers on weekends had soared by 70% since 2000. Night Tube services are expected to add £6.4bn to the London economy by 2030, creating 500,000 jobs, TfL said. Trains will run every 10 minutes on the full Victoria line and on the Central line between White City and Leytonstone. They will run approximately every 20 minutes between Ealing Broadway and White City and between Leytonstone and Loughton/Hainault.

This is only the beginning. There are plans to expand the Night Tube across the network as they get a hang of the new dynamic. The biggest problem they face is that most key maintenance is done on the Tube at nights when it’s closed.

Here’s a handy Map of the lines currently live as part of the Night Tube:

Transport for London has also released a few videos that cover key topics related to the Night Tube:

Have fun and be safe!