You are here: Home / The Tube / The Tube: Ten Interesting Facts and Figures About the Victoria Line 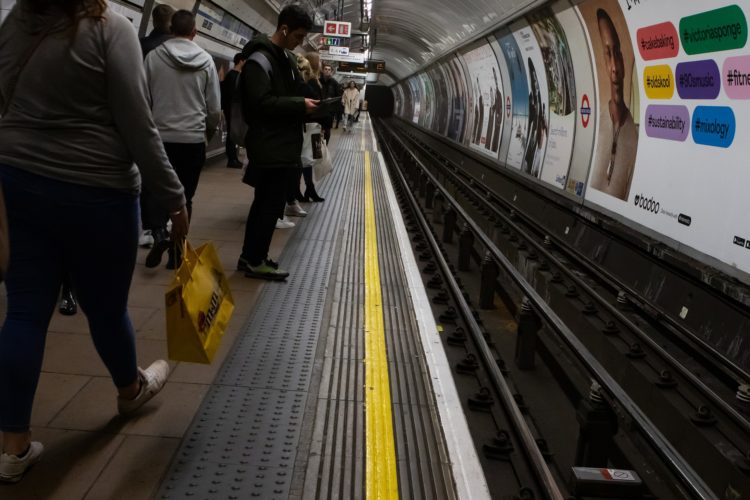 Named for one of the greatest monarchs in British history, the Victoria line is one of the newer additions to the London Underground, if newer can be said to include a line that opened over fifty years ago.  Of course, saying that it’s named for Queen Victoria could also be a stretch, since originally the line ran from Victoria station to Walthamstow.  Of course, even though it’s a teenager compared to some of the older lines in the Underground, the Victoria Line still has plenty of interesting facts about it, which we have laid out below.

Doing any kind of construction work in a city as old as London is bound to turn up the odd find every so often.  While digging up all that dirt for the tunnels, the workers managed to uncover fossils of marine mollusks and human remains from a plague pit.

What’s in a Name

As mentioned, the Victoria Line is actually named for the Victoria station that was once a terminus, and the station was named for Queen Victoria.  Other names proposed included the portmantua “Walvic Line” for its original termini, “Viking Line” (Victoria and King’s Cross), Mayfair Line, and the West End Line.  During its planning stages, the line was simply called “Route C”.

When there was a creamery at Vauxhall, “milk trains” used to run through the line, stopping at Vauxhall to fill up from a special tube that ran from the creamery before continuing on.

While the initial route ran from Victoria to Walthamstow when the Victoria Line opened in 1968, the line’s first expansion came in 1971 when the Brixton station opened and Pimlico station followed in 1972.

When the Victoria Line began service on September 1, 1968, it made history in a number of ways.  For one, it was the first Underground line running across London to have been constructed since 1907.  Second, and more importantly, the official opening on March 7, 1969 marked the first time the monarch had ever been on the Tube when Queen Elizabeth II rode on it.

One of the most striking parts of the Victoria Line is the tilework in each station.  As the line was constructed, it was decided that each would have its own tilework to identify it.  Finsbury Park Station, for example, displays a pair of dueling pistols for when men used to duel one another in the park after hours.  Each tilework in the seat recesses relates to the station’s name, so see if you can guess how each one is tied to its name.

It’s believed that half a million mice live in the Underground.  It’s not hard to imagine, then that the two battling over a crumb in Sam Rowley’s award-winning photo “Station Squabble” could have been in a station along the Victorian Line.  The photo won the Wildlife Photographer of the Year Linux People Choice Award for 2019 from the Natural History Museum in London.