You are here: Home / The Tube / The Tube: Ten Interesting Facts About the Metropolitan Line 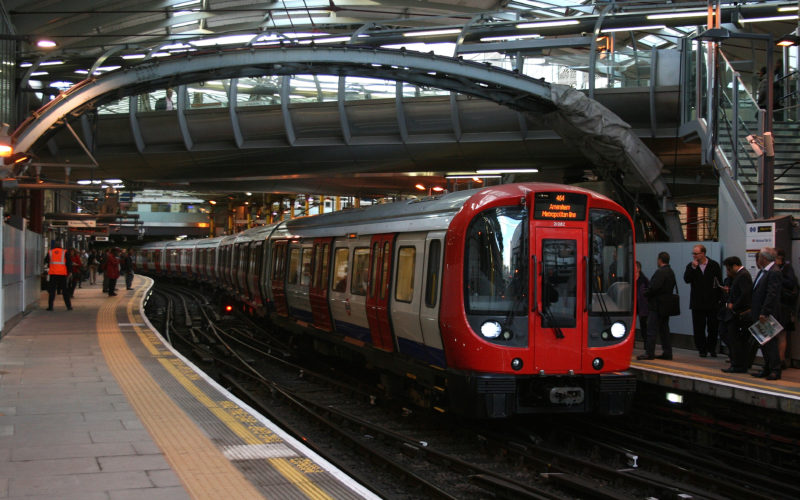 The Metropolitan Line (or “Met” as it’s known) is the oldest line on the London Underground.  It was founded in 1863 as the Metropolitan Railway and ran from Paddington to Farrington Street, mostly running goods as well as people.  It expanded further shortly after it opened and today runs from Aldgate all the way out to Hertfordshire and Buckinghamshire.  In all that time, the Metropolitan Line has developed quite a number of interesting facts that we have to share with you.  Join us as we delve into the Met’s history and relate some of its more fascinating stories.

As mentioned above, the Met was the first Underground Line, but that’s not the whole of it.  In fact, the Metropolitan Line was the first of its kind anywhere in the world.  It was the idea of Charles Pearson, Solicitor to the City, who had been campaigning for it since 1830 and wrote a pamphlet to promote it as a way to ease congestion in 1845.  Pearson’s original idea was for the trains to be pushed by air, which was quite different from the steam-powered locomotives that ultimately powered the Met’s first cars.  The Underground will still use steam-powered trains for special events.

Kind of a Big Deal

The Metropolitan Railway only ran for seventy years before it merged with the United Electric Railways Company of London (owners of the Piccadilly Line, Bakerloo Line, Central London Railway, and more) along with numerous bus operators and tramway companies to form the London Passenger Transport Board (a precursor to Transport for London) in 1933.

Trains running on the Metropolitan Line can reach speeds of up to 60 miles per hour.

The Metropolitan Line runs the furthest out of London of any of the Underground’s lines.  Its furthest station is Chesham, twenty-five miles outside of the city.  The longest distance between Chesham and another station is 3.89 miles, which is the Chalfont & Latimer station.

The Met is the third-longest of the Underground’s routes at 67 kilometers (42 miles).  It is only outdone by the Piccadilly Line at 71 kilometers and the Central Line at 74 kilometers.  When it comes to number of stations, the Metropolitan Line is actually 6th.  The lines with the most stations are District (60), Piccadilly (53), Northern (50), Central (49), and Circle (36).

While it seems like this should have happened much sooner, the Metropolitan Line became the first to have an air-conditioned, walkthrough train in 2010.

When the Metropolitan Line opened in 1863, Baker Street was one of its first stations.  It expanded further in 1868 with new platforms and added other lines later on.  In a nod to Baker Street’s most famous fictional resident, the tilework features a silhouette of Sherlock Holmes.  At one point, Platform 2 also featured a nod to his infamous rival with a pub named Moriarty.

Liverpool Street station was built over the site of the infamous Bethlehem Hospital, a mental institution that coined the word “Bedlam”.  In 2015, thousands of skeletons were found during construction for the Crossrail line, the remnants of a burial pit created for victims of the Black Death.