You are here: Home / Culture / Art / The Tube: Photographer Captures Every Station on the Northern Line 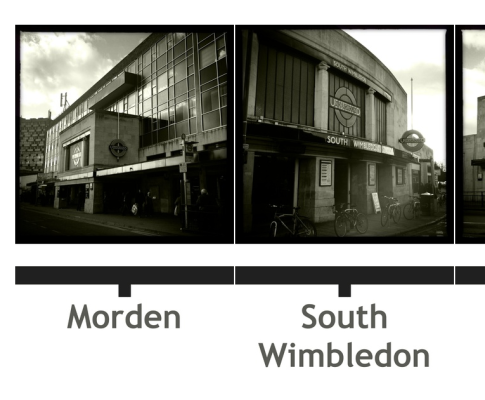 A London based photographer has artfully captured every station on the Northern Line on the London Underground.

The Northern Line encompasses 50 Underground stations, from Morden in the far south of London to Edgware and High Barnet in the north. It takes about 75 minutes to travel from one end to the other, passing through 8 payment zones. There are several crucial interchanges on the line: Kennington, which splits the Northern Line into two branches, one via Charing Cross and one via Bank; Waterloo, which intersects two other lines and is a large mainline overground station; Bank, which joins the Northern Line to the Docklands Light Railway, as well as three other underground lines; and towards the north, two large mainline stations, Euston and King’s Cross St. Pancras, which allow travel to the rest of the UK. The Northern Line is the backbone of London, lying north-south on the map, spanning 25 miles as the crow flies.