You are here: Home / The Tube / Ten Interesting Facts and Figures About the London Overground 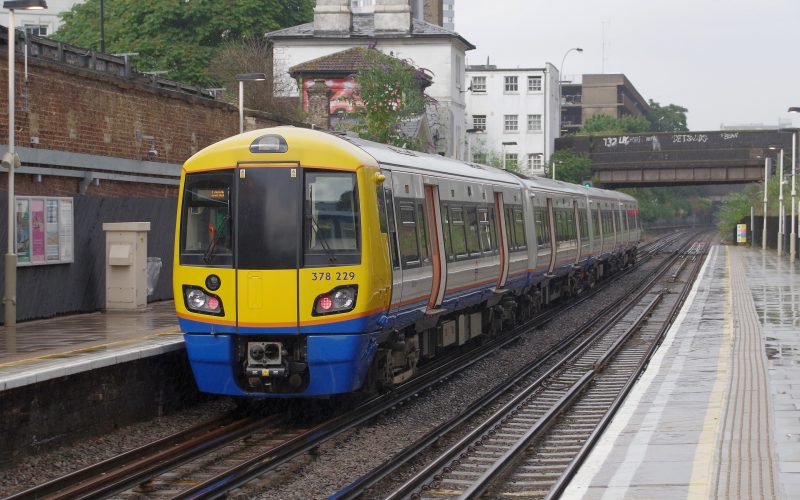 A complement to the London Underground, the London Overground is the Tube’s lesser-known cousin, a network over commuter trains that rely on above-ground tracks.  This is similar to the group of private-owned organizations that make up National Rail, though the Overground is a public service owned by Transport for London and is exclusive to the city.  Today, the London Overground involves six routes that provide a ring around the city as well as transport into Central London and the suburbs.  To help better familiarize you with the Overground, we’ve laid out ten interesting facts about it below.

The Peckham Rye Overground station is one of the jewels of the service.  The Old Waiting Room there is an amazing example of Victorian design and was considered one of the most beautiful stations waiting rooms in South London.  It opened in 1865 and is Grade II listed; however, it was bricked off for over fifty years before reopening in 2017 for limited engagements.

Of all the Overground stations, Rotherhithe is the sole station with escalators.

The Overground opened in 2007 and the line originally ran from Watford Junction in the north to Clapham Junction in the south as well as Richmond in the west and Barking in the East.  Phase 1 extension finished in 2010, expanding south from Dalston to West Croydon.  The Overground added the South London in 2012 that includes stations at the aforementioned Peckham Rye, Denmark Hill, Clapham High Street, and more.  Service was again extended in 2015 to stations on Liverpool Street and TfL has plans to add even more branches by 2026.

Specifically, the southern extension of the East London line follows the old Croydon Canal route from the West Croydon station to the New Cross station.  This route used to be a waterway passage for boats pulled by horses and closed in 1836.

The trains are anyway.  Electric Class 710 trains were added to the London Overground’s lines in January 2018 and replaced old diesel Class 172s.  The trains are updated with USB ports for charging devices and real-time information screens.  Plus, they can carry twice the number of passengers than the older models, somewhere around 700 riders.

Gone but Not Forgotten

Performance venue Village Underground was built under the former site of the Broad Street Rail Viaduct, which is located near the Shoreditch High Street station.  Remnants of the building’s past can be seen with the old trains perched on the roof.

In London, real estate is at a premium, so plenty of shops, galleries, restaurants, and more set themselves up in the arches under the various Overground lines.  Amongst the quirkier businesses found under these archways include: London Community Boxing in Peckham, the winery London Renegade Wine, Institute of Light cinema, art gallery/wrestling venue Resistance Gallery, and board game café Draughts, amongst others.  It’s worth exploring the archways to see what other odd and wonderful places you can find.

And speaking of premium real estate, even unused portions of the Overground can find a new purpose.  The East Curve Garden in Dalston is one such example.  It was planned as a rail line to link the East Dalston Junction Station to the good yards and the North London Line and you can still see the curve on aerial photos.

One of the Overground’s stations doesn’t actually appear on the map.  Battersea Park station is a skeleton station that only runs two trains at 6 AM and 11 PM going to Clapham High Street.