You are here: Home / The Tube / London Alert: Passengers told to avoid Tube on Monday during 24-hour RMT strike 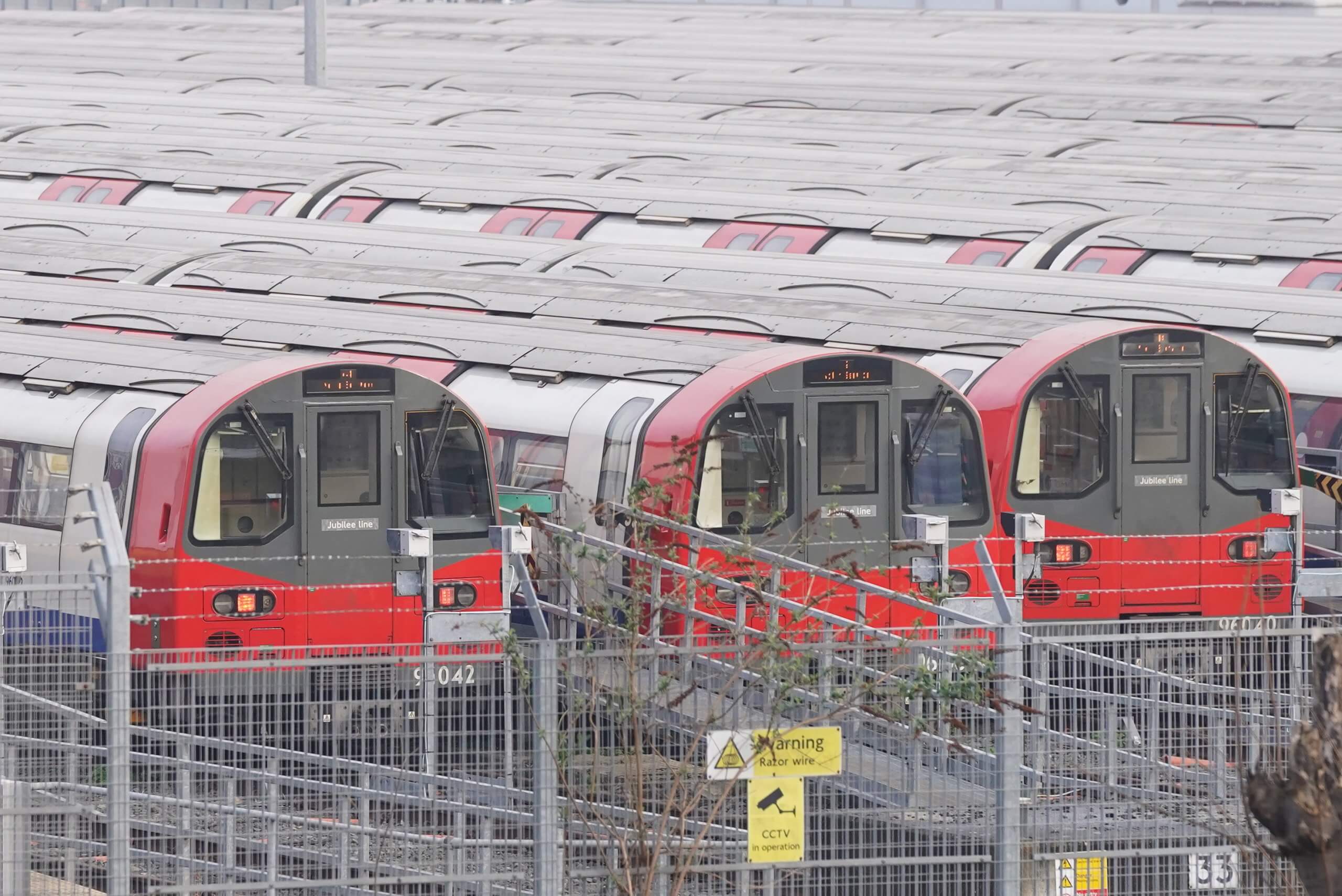 London Underground is advising people not to travel on Monday because of a strike by thousands of workers in a dispute over jobs and pensions.

Members of the Rail, Maritime and Transport union (RMT) will walk out for 24 hours, crippling Tube services across the capital.

Transport for London (TfL) said some train services will run but it expects severe disruption across the network from the start of service on Monday to 8 am on Tuesday.

Many stations, especially those in central and south London, will be closed, while stations that can be opened may only operate for limited periods.

Other TfL services, including DLR, London Overground and Trams, are not affected by the industrial action and will be running but will be busier

TfL said no proposals have been tabled on pensions or terms and conditions, and nobody will lose their jobs because of the proposals it has set out.

As part of previous funding agreements, the Government has required TfL to work towards achieving financial sustainability in its operations by April 2023.

TfL has proposed not recruiting into around 500 to 600 posts as they become vacant.

Andy Lord, TfL’s chief operating officer, said: “I’d like to apologise to London for the impact this strike will have on journeys tomorrow and on Tuesday morning.

“We know it’s going to be damaging to London and the economy at a time when public transport is playing a crucial role in the capital’s recovery.

“While our focus is always on helping everyone travel around London whenever they want, the expected impact of the RMT’s action means we have to advise people to only travel tomorrow if necessary, as many stations may be closed.

“Alternatives to the Tube, including the bus and rail networks, are likely to be much busier than usual and we expect the severe disruption caused by this strike to continue into the morning of Tuesday 7 June.

“No changes have been proposed to pensions and nobody has or will lose their job as a result of the proposals we have set out. My message to the RMT is this – it’s not too late to call off tomorrow’s strike action.

“Working with us to find a resolution is the best course of action, avoiding the disruption this strike will cause to Londoners and the economy.”

The RMT said that under current proposals, 600 jobs will be lost, working agreements will be torn up and the looming threat to pensions remains in place.

General secretary Mick Lynch said: “We are demanding a direct face-to-face meeting with Mayor Sadiq Khan to sort this mess out.

“There’s no point in our union continuing to sit opposite management representatives who have neither the inclination nor the authority to negotiate a settlement when the power lies with the Mayor.

Richard Burge, chief executive of the London Chamber of Commerce and Industry, said: “We are extremely disappointed that the RMT has called for a mass walkout by TfL workers in such close proximity to the Queen’s Jubilee Weekend when London will be full of visitors.

“The last two years hit London disproportionately hard and the capital is desperately trying to claw back some sense of normality after a tumultuous two years.

“This strike now puts TfL in a position of having to recommend that Londoners work from home.

“Ultimately, this will only harm London’s economy and it is time for TfL to sort out their dispute with the RMT so we can get back to building prosperity and showing the world that London is open business.”