You are here: Home / Archives for thames cable car 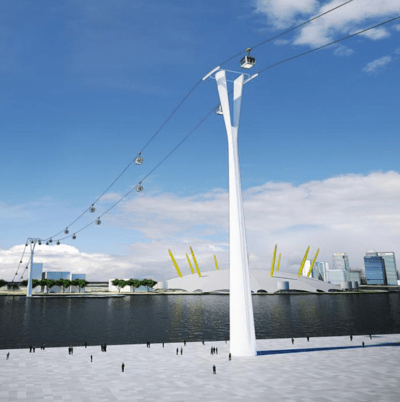 According to the London Politics Blog The Scoop, London Mayor Boris Johnson's plan for a cable car across the Thames are facing delays due to safety fears. According to The Scoop: Plans for a cable car across the Thames have been put on hold after campaigners pointed out that it would cross the “crash zone” around London City Airport Neither Greenwich, Newham nor the Mayor … END_OF_DOCUMENT_TOKEN_TO_BE_REPLACED