You are here: Home / Site News / The London Fiver – Five of the Best Video Game Arcades in London

Since the days of Pong, video games have fascinated us.  Throughout the 70s, 80s, and 90s, we would pump quarter after quarter into arcade games trying to get the highest score.  With the advent of gaming consoles and their easy accessibility, video arcades declined in popularity.  However nostalgia being what it is, arcades have started to reestablish themselves all over the world, and London is no stranger to this renaissance.  From traditional arcades to barcades to gaming arenas, London has more than its fair share of places to play all your favourite games, from Atari to PS4. 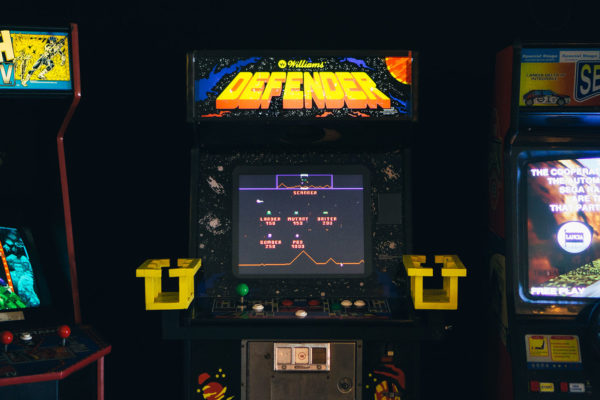 In recent times, a new time of arcade has appeared catering to adults—the barcade.  Exactly what it sounds like, a barcade is a bar that is stocked with video games and pinball machines.  The Four Quarters in Peckham is one of the best examples of this type of arcade in the city.  Not only does it have a small bar downstairs that serves any number of craft beers, the upstairs room has both a small museum to gaming as well as a room with consoles that are free to play.  Additionally, if all that gaming leaves you hungry, they have a great food menu to satisfy your munchies. 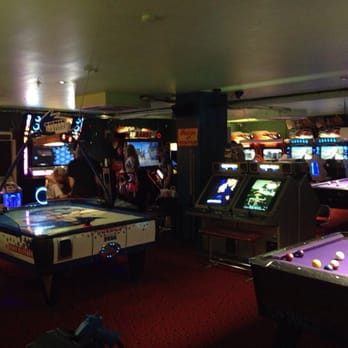 Sin City comes to London, though Las Vegas Arcade in Soho is more about the old school video games than it is about games of chance. Despite the name, the only gaming going on here is the arcade type, with no real money changing hands. If you were looking to bet on games, you’re better off finding an online casino instead. These sites have a wide collection of games to choose from and even give you a bit of extra money to use when you join. To help you get started, check out the best casino bonuses at Casino Professor – where they explain all the different types of deposit bonuses available.

However, if you’re more than happy to play casually then Las Vegas has practically everything you could want in Central London, music games such as Dance Dance Revolution to driving games such as Initial D.  Las Vegas even hosts gaming tournaments so Soho residents and visitors can challenge each other on everything from Street Fighter to air hockey.  If you come on the right day, maybe you can step up and challenge someone to see who’s best. 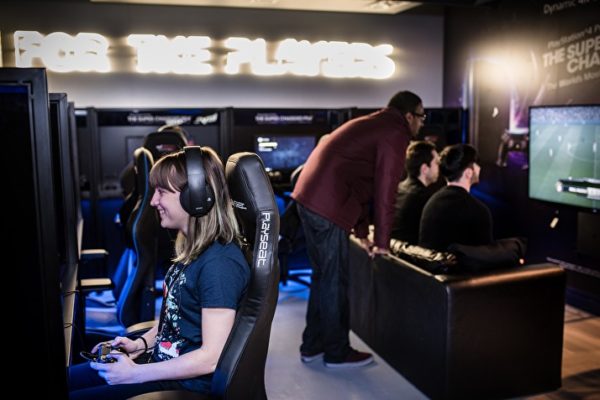 For those serious about their gaming, a host of places have popped up ready to give gamers a chance to compete against each other.  Gaming store GAME has created such a haven for the best of the best with its own gaming arena across from Chinatown at its location on Wardour Street.  Belong has 1,850 square feet dedicated to all kinds of games, not only possessing arcade classics, but also PS4, Xbox One, and PCs.  For those that want an even more immersive experience, Belong has Virtual Reality booths.  Besides hosting its own gaming tournaments, Belong can also host your group whether you’re there for stag, hen, birthday, or just a night of blowing off steam after work. 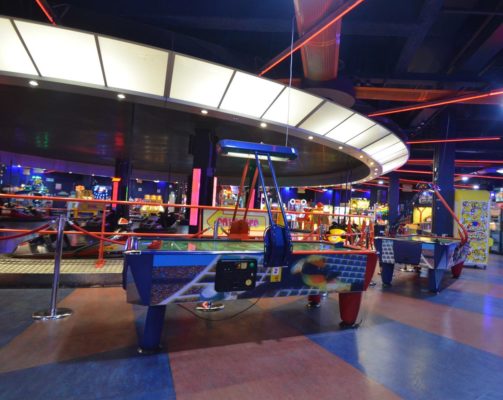 One of the original large arcades in the city, it’s definitely a tourist draw, in part due to the London Pass that will get you started with all the activities inside the arcade.  Namco’s Funscape is much like the larger entertainment gaming centres that one can find in the States such as Dave & Busters.  You can choose to stick to the arcade games, air hockey, or fruit machines—or instead, you can opt for bowling, laser tag, bumper cars, or photo booths to commemorate your experience.  When you’re ready to chill, there are also lounge areas.  Namco bills itself as the largest arcade in the city and is in a prime location close to Westminster Bridge and the London Eye. It also happens to be officially owned by the Bandai Namco Group which is famous, in part, for creating the classic arcade Pac-Man game series. So, for any gaming history enthusiast, this is an absolute must! 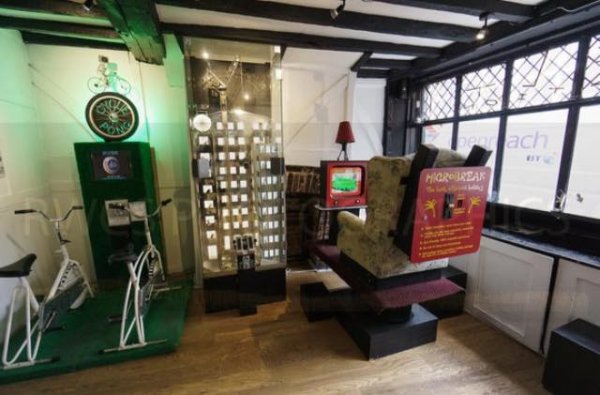 If you want to go really old school, Novelty Automation in Holborn goes back to a time before arcade games, featuring a wide array of the coin-operated machines and games you would have seen at a local fair, circus, or the beach.  The machines therein present some of the best classic games and automata that entertained our parents and grandparents when they were young.  You can present an object to an “expert” to determine if it’s art, probe an alien (but don’t annoy it), or see how long you can last holding your hand under a slobbering dog.  They tend to offer specials on tokens, so you can play all the games and try all the machines.

In the event that you can’t get to any of these fun destinations and are craving a game of sorts, why not try out a good old fashion ready made pub quiz, a true British institution.