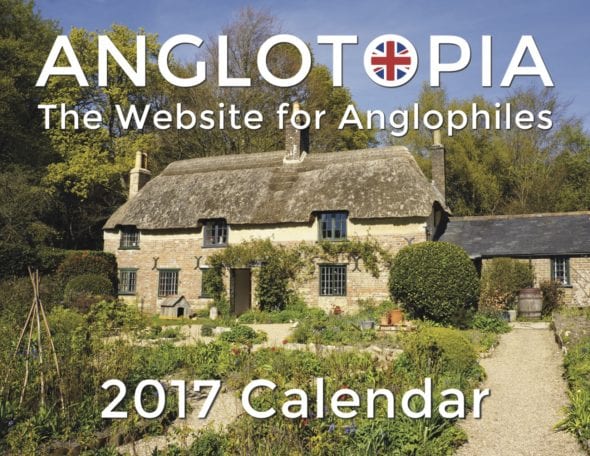 Due to popular request, we have created our very own calendar for 2017! Each month features one of our favorites images of Britain – ones that we’ve taken ourselves, many in the last year during our travels. Things have not gone so well for Anglotopia in recent times – mostly due to a decline in traffic from Facebook (it’s complicated) that has lowered advertising revenue – along with people using ad blockers. So, all proceeds from this calendar will help offset our advertising losses and fund Anglotopia’s continued operations. Each Calendar costs $16.99 plus shipping.

PLEASE NOTE: WE WILL ONLY GET PRINTED WHAT IS ORDERED IN ADVANCE! If you want to guarantee getting one, you need to order as soon as possible

The layout for the calendar has changed slightly based on the feedback last year. We’ve added mini-calendars to the top of each month so you can see the months before and after. We’ve also lightened the pictures so they don’t appear so dark when printing.

It’s a traditional US style Calendar the features US Holidays but it also features important UK holidays as well. The calendar measures 11″ by 8.5″ so it’s a good size (the pictures are in landscape). It’s saddle stitched, perfect for hanging on the wall. It will be glossy and look like a calendar you’d get anywhere else. We’ve also tried to expand our geography and include places in the Midlands and Northern England.

The calendars will be shipping by late August/mid-September.

FREE BONUS: Desktop Wallpaper Versions of the Images (no watermark) that you can enjoy on your computer!

Here’s a gallery preview of both Calendars