You are here: Home / Site News / Featured / The Tube: 6 Fascinating Tube Station Names and Their Origins 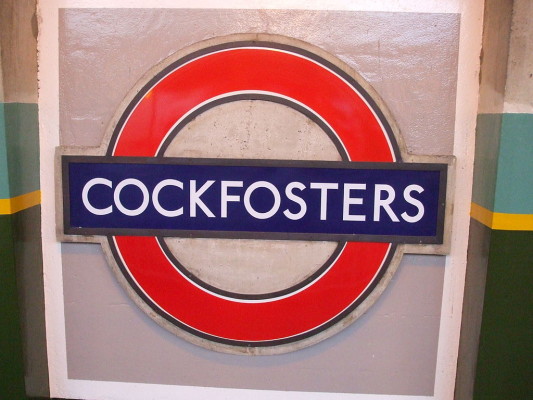 London is full of interesting names, from streets to boroughs and extending even to the London Underground.  The first of its kind in the world, the metro system in London has existed since 1863 and many of its stations have developed some pretty interesting names.  Common knowledge of their origins may have been forgotten with time, but often they come from places, people, organisations, or events that happened nearby.  If you’ve found yourself on the Tube and wondered what some of these station names might mean, have a look below for the answers.

No, the station isn’t named for being near any kind of military base or weapons stockpile.  The station’s original name when it opened was Gillespie Road, so named as that was the street on which the station was located.  Things changed in 1913 when Arsenal Football Club moved into the area and established the stadium nearby (now known as Emirates Stadium).  Following this, a campaign slowly gained momentum to change the name, which was done in 1932 to Arsenal (Highbury Hill), with the suffix being dropped in 1960.

You might think the name is some special connection to the North American nation or perhaps named after a Canadian brand, but the name of one of the Tube’s more recent stations is a bit more interesting than that.  The name actually comes from the nearby artificial lake, itself located near Canada Dock, a dock that was used mostly by Canadian ships.  When the docks closed in the 1970s, the London Dockland Development Corporation took over and built Canada Water lake to help spur the area economically.  The area also serves as a wildlife refuge.

Before you get any cheeky thoughts, the Tube station is one of many named for the nearby area.  The area name is a very old one.  The area was previously known as “Cock Fosters” and is believed to have originally meant the residence of the cock, or “chief”, forester.

Interestingly, there is no major private estate nearby, but this station actually gets its name from a local public house.  The Manor Tavern was built in the area in 1832 and acquired a license for a concert room in 1852, which played host to Queen Victoria at one point in its existence.  When the crossroads was widened in 1931, the pub was demolished and rebuilt nearby.  The pub closed towards the end of the 20th Century and the building is presently occupied by a grocery store and other businesses.

Manor House is actually located on Seven Sisters road, which also lends its name to that Tube station.  The name “Seven Sisters” comes from a set of seven trees at the Page Green Common.  The story goes that seven sisters who knew that they were bound to part from each other planted seven trees to ensure that they would always be together in same way.  For whatever reasons, the trees have occasionally needed to be re-planted, as they have in 1852, 1886, 1955, and 1996.

You’re all very rude readers, thinking that this name has something to do with passing wind.  The original name for the station was actually Trinity Road (Tooting Bec), and the Tooting Bec part is a very old Saxon name with “Tooting” being “the home of Tota’s people”.  “Bec” is a placename element, though reportedly the name also comes from the land being granted to “Bec Abbey” in France after King William I’s conquest of England.  Bec was a common placename in Normandy, so it is highly likely that this element for Tooting Bec was influenced by the Abbey.